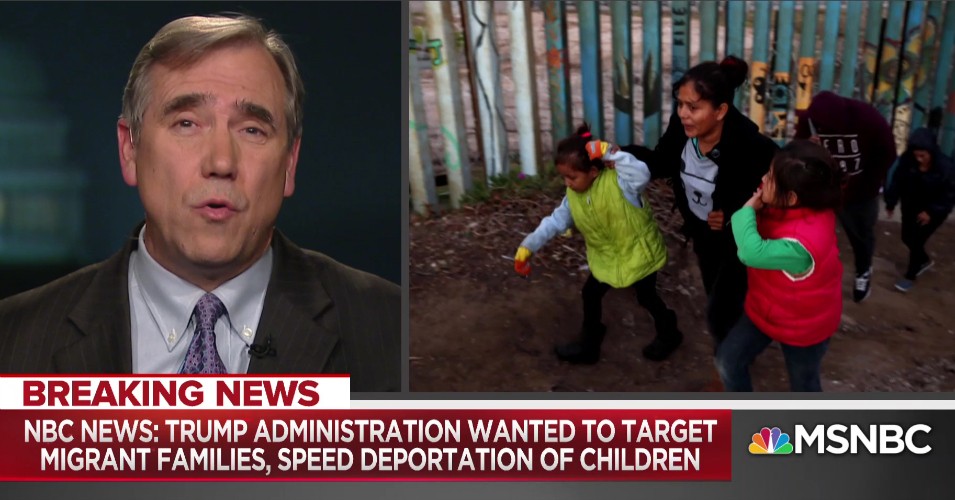 The December 2017 draft memo—which Merkley shared with NBC News after receiving it from a government whistleblower—shows that Trump administration officials wanted to deport children more quickly by denying them asylum hearings after taking them away from their parents.

“It appears that they wanted to have it both ways—to separate children from their parents but deny them the full protections generally awarded to unaccompanied children,” concluded ACLU attorney Lee Gelernt, who led a class-action lawsuit on behalf of migrant parents.

President Donald Trump’s “child immigration strategy is immoral and comes from a dark place in the heart of this administration,” Merkley declared, responding to the revelations on Twitter. “Children are NOT expendable commodities in political battles.”

The leaked document, as NBC reports, also shows officials wanted to specifically target parents in migrant families for increased prosecutions, contradicting the administration’s previous statements. In June, Department of Homeland Security (DHS) Secretary Kirstjen Nielsen said the administration did “not have a policy of separating families at the border” but was simply enforcing existing law.

The authors noted that the “increase in prosecutions would be reported by the media and it would have a substantial deterrent effect.”

The memo was shared with high-ranking members of DHS and the Justice Department before then-Attorney General Jeff Sessions, an ex-senator infamous for his anti-immigrant positions, officially unveiled the administration’s cruel “zero tolerance” policy in the spring.

Merkley, a vocal critic of Trump’s immigration policies, appeared on MSNBC‘s “All In With Chris Hayes” to discuss the developments:

.@SecNielsen and the administration lied. Period. We have proof that the Trump War on Migrant Children was carefully constructed to inflict harm on children and create a humanitarian crisis. pic.twitter.com/i9dRgsWNoV

Editors’ note; The Trump administration’s “deal” calls for refusing asylum for refugee children from Central America. Banning asylum for central American children allows them to deport every single child they still hold in custody. As this article points out, NO ONE knows how many thousands there are.