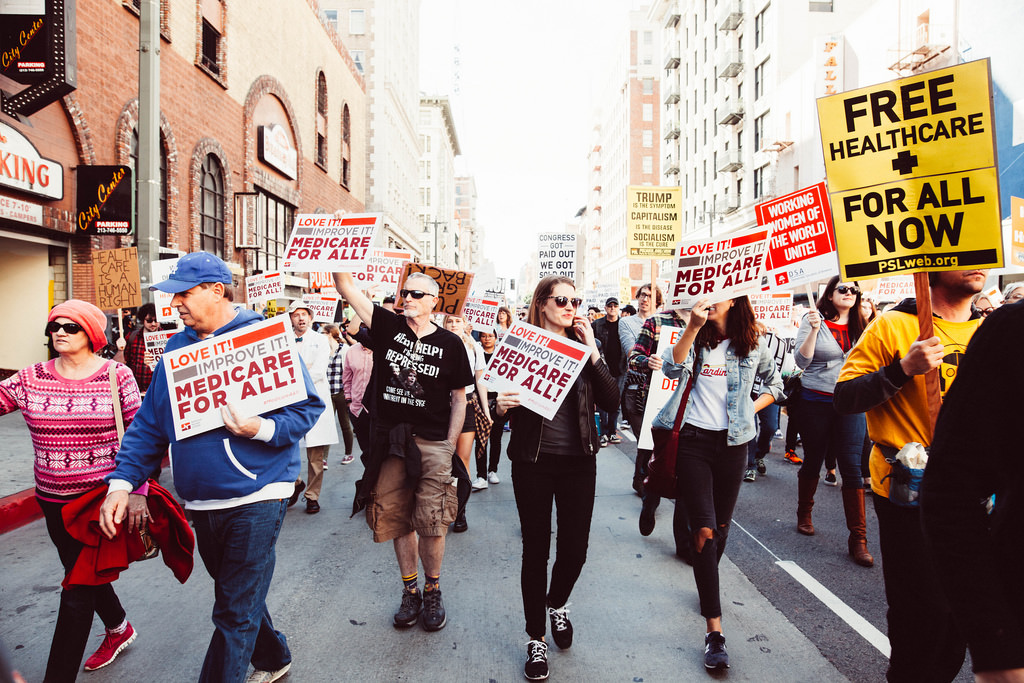 Set to be unveiled on Monday, the president’s budget will call for a total of $2.7 trillion in cuts to safety net programs, environmental protection, food and housing assistance, and foreign aid over ten years, according to a summary reviewed by the Washington Post.

Top House Democrats were quick to declare the president’s request—which will also demand $8.6 billion in border wall funding—dead on arrival.

Rep. Nita M. Lowey (D-N.Y.), chair of the House Appropriations Committee, said the proposal is “not even worth the paper it’s written on.”

Trump’s call for deep cuts to Medicaid—which insures over 70 million low-income Americans—is in line with his administration’s previous budgets and his efforts to kick millions off the program by approving punitive work requirements at the state level.

“Each of the past two Trump budgets has targeted benefits and services for individuals and families of modest means for deep cuts, even as it has supported tax cuts conferring large new benefits on those at the top of the income scale,” noted the Center on Budget and Policy Priorities in a preview of the president’s 2020 request. “If enacted, these cuts would have increased poverty and hardship, leaving more people struggling to afford basics like food and rent.”

Trump budget cuts:
$1.1T from Medicaid/health
$327B from antipoverty programs
$207B from student loan programs
$200B from fed retirement/Postal Svc

Meanwhile, Trump is looking to deliver a huge windfall to the Pentagon. As Foreign Policy reported on Sunday, Trump’s request for $750 billion in military spending exceeds the hike expected by Defense Department officials, who were planning for a $733 billion budget.

To raise the military budget while still complying with congressional spending caps, Trump will propose dumping $165 billion into a war account called the Overseas Contingency Operations (OCO), which is not constrained by spending limits.

Mick Mulvaney, Trump’s budget director and acting chief of staff, has previously slammed the OCO as a “slush fund.”

Editors’ note: For a more detailed analysis of the budget proposal, including cuts to Social Security, Medicaid, Medicare, SSDI and Education, please refer to this article