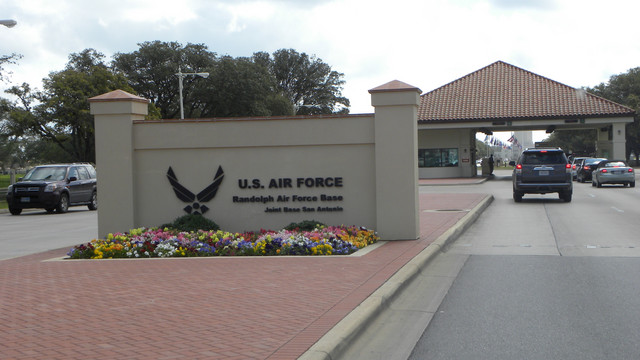 The EPA on Thursday released weakened guidelines for the clean-up of toxic groundwater pollution which could contaminate the drinking water millions of Americans use—after the U.S. Department of Defense (DOD) called on the White House to intervene and have an earlier draft of the rules changed.

“It’s darkly ironic that on the five-year anniversary of the Flint water crisis, instead of taking action to improve our drinking water, Trump’s EPA doubled down on its commitment to gut water protections,” said Wenonah Hauter, executive director of Food and Water Watch, in a statement. “Despite the agency’s ongoing spin to the contrary, it seems hell-bent on giving industrial and military polluters a pass despite the clear and present danger these chemicals represent for our health.”

The guidelines apply to per-and polyfluoroalkyl substances (PFAS), which are used heavily by the Pentagon in foams for fighting fires at military bases, as well as by companies that use them in a number of household products. The Pentagon has pushed in recent weeks to make sure it won’t have to quickly remove potential contamination from hundreds of sites across the country, citing costs. The department recently proposed a $750 billion budget.

The new rules will allow military bases to take years to clean up PFAS contamination, eliminating from the draft a section that had called for the prompt removal of “immediate threats posed by hazardous waste sites.”

The original proposal also included a rule that a PFAS level of 400 parts per trillion in groundwater would require immediate removal of the threat by excavating the polluted soil or fencing off the affected area. That recommendation was erased from the new draft.

The new guidelines call for longer-term clean-up efforts when drinking water has been contaminated with at least 70 parts per trillion of PFAS—a threshold that scientists and federal regulators have acknowledged is “far too high to protect public health,” according to Environmental Working Group (EWG).

“It is a Band-Aid, at best, that does essentially nothing to help the hundreds—perhaps thousands—of communities, in almost every state, with contaminated tap water,” David Andrews, a senior scientist at EWG, said in a statement. “Americans need real and swift action to address this crisis, not more toothless proposals from the Trump administration.”

The Centers for Disease Control and Prevention (CDC) calls PFAS contamination “one of the most seminal public health challenges” facing the U.S.  The military says it has inadvertently released the chemicals at 401 military bases across the country, contaminating drinking water in some cases. The chemicals have been linked to diseases including kidney cancer, testicular cancer, and thyroid disease.

One local official in Oscoda, Michigan—where an Air Force base was formerly located and where PFAS contamination has been found—denounced the Pentagon for putting its weight behind an effort to weaken the rules, despite knowingly endangering people who live near many of the country’s military bases.

“They are letting the citizens of their country suffer from their lack of desire to fix the problem,” town supervisor Aaron Weed told the New York Times.

Amid reports that the DOD was fighting to roll back the EPA’s proposal in March, Sens. Jeanne Shaheen and Maggie Hassan, both Democrats from New Hampshire, called on the department to release communications it had had with the White House about the PFAS rules.

“The DOD’s actions may endanger the health of servicemembers and families who live and work near the 401 military installations where there are known or suspected releases of PFAS chemicals in the drinking water or groundwater,” the senators wrote. “We urge you to act in the best interests of impacted communities and support efforts to develop groundwater and drinking water standards that will protect the public from the health hazards associated with PFAS contamination.”

Shaheen tweeted Friday that Acting Defense Secretary Patrick Shanahan had mislead her at a hearing on the issue last month.

“If reports are true that the DOD pressured the EPA to weaken PFAS cleanup standards, this is wholly unacceptable,” Shaheen said.

If reports are true that the DOD pressured the EPA to weaken PFAS cleanup standards, this is wholly unacceptable & is inconsistent with assurances that Acting Secretary Shanahan gave me on the Pentagon’s commitment to address PFAS contamination. https://t.co/uRGtE0xHXx

We cannot afford to take a step backward on addressing PFAS contamination, which has impacted communities in New Hampshire and many throughout the nation. No American should ever question the safety of their drinking supply.

After the DOD’s effort to influence the EPA appeared successful, Hauter called on lawmakers to fight for added protections against PFAS and other chemicals polluting Americans’ drinking water.

“EPA’s actions against clean drinking water must be met with commensurate action from our lawmakers to safeguard it,” said Hauter. “Legislation to upgrade our aging infrastructure, the WATER Act, would provide crucial resources to protect clean, affordable water for all—including funding for treatment systems or alternative water supplies to communities affected by PFAS.”