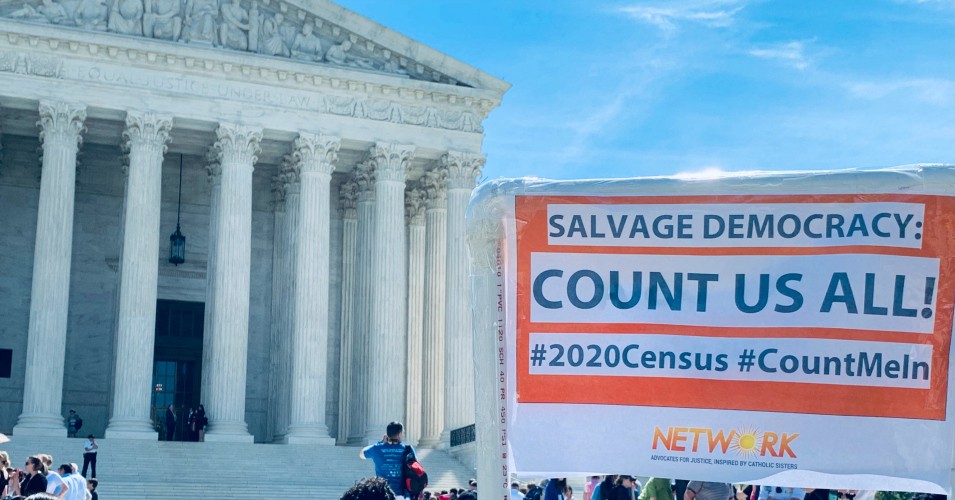 Federal district judges in New York and California ruled earlier this year that Commerce Secretary Wilbur Ross’s attempt to add a citizenship question to the next census violated the Administrative Procedures Act. The Supreme Court heard arguments in April and is expected to issue a ruling in June.

Immigration and civil rights advocates warn that inserting the citizenship question would cause an undercounting of Latinx Americans—particularly due to fears of the Trump administration’s anti-immigrant agenda—which would lead to voting maps that electorally benefit the GOP.

Attorneys for the plaintiffs in the New York case submitted the new documents (pdf)—which focus on longtime Republican redistricting specialist Thomas Hofeller—in a filing to the U.S. District Court for the Southern District of New York.

If this is right, there is documented the Trump administration consciously sought to rig the census to increase the political power of white people relative to everyone else. https://t.co/htySVgVJmU

When Hofeller, known as “the Michelangelo of the modern gerrymander,” died last year, he left behind hard drives—discovered by his estranged daughter—containing documents which reveal that he “played a significant role” in the GOP push to insert the citizenship question to help Republicans in future elections.

Specifically, per the filing, the documents show that Hofeller “concluded in a 2015 study that adding a citizenship question to the 2020 Census ‘would clearly be a disadvantage to the Democrats’ and ‘advantageous to Republicans and Non-Hispanic Whites’ in redistricting,” and that the strategist “helped ghostwrite” a draft Justice Department letter about the citizenship question.

The filing charges that key witnesses for the Commerce Department in the court case—Ross’s expert adviser Mark Neuman and senior DOJ official John Gore—”falsely testified” under oath and obscured the role that Hofeller and his study played in the DOJ’s request to Commerce in December of 2017 to add the citizenship question to the census supposedly based on a Voting Rights Act enforcement rationale.

“This new evidence shows there was a plan to undermine the integrity of our census, manipulate redistricting, and rig the elections for partisan advantage,” Kathay Feng, national redistricting director of the advocacy group Common Cause, said in a statement. “Hofeller knew that adding the citizenship question to the census would erase millions of Latinos and other Americans from redistricting.”

Journalist Ari Berman, an expert on voting rights, tweeted, “I can’t overstate how big a deal this is: we now have smoking gun evidence showing Trump rigging 2020 census to protect conservative white political power & harm minority/immigrant communities for next decade.”

I can’t overstate how big a deal this is: we now have smoking gun evidence showing Trump rigging 2020 census to protect conservative white political power & harm minority/immigrant communities for next decade https://t.co/BLQCoCxp4O

Rep. Ilhan Omar (D-Minn.) also responded to the filing on Twitter, accusing the Trump of “weaponizing” the census. “This is an attack on democracy,” she added, “and in any other administration, it would be a multi-year scandal.”

This is an attack on democracy and in any other Administration, it would be a multi-year scandal. https://t.co/EuyWT5P9VZ

“The Hofeller memo confirms what we’ve known all along but is alarming nonetheless: the census citizenship question was motivated by blatant right-wing partisanship,” Vanita Gupta, president and CEO of the Leadership Conference on Civil and Human Rights, said in a statement.

“The Trump administration has lied to Congress and the U.S. Supreme Court about why it added the citizenship question—voting rights enforcement was but a ruse,” Gupta added. “Republican political operatives plainly want to deny communities of color the healthcare, education, and other services they need in order to consolidate GOP power and a whiter electorate.”