“There would be no going back from this. There’s no such thing as a ‘one and done’ military strike on Iran.” 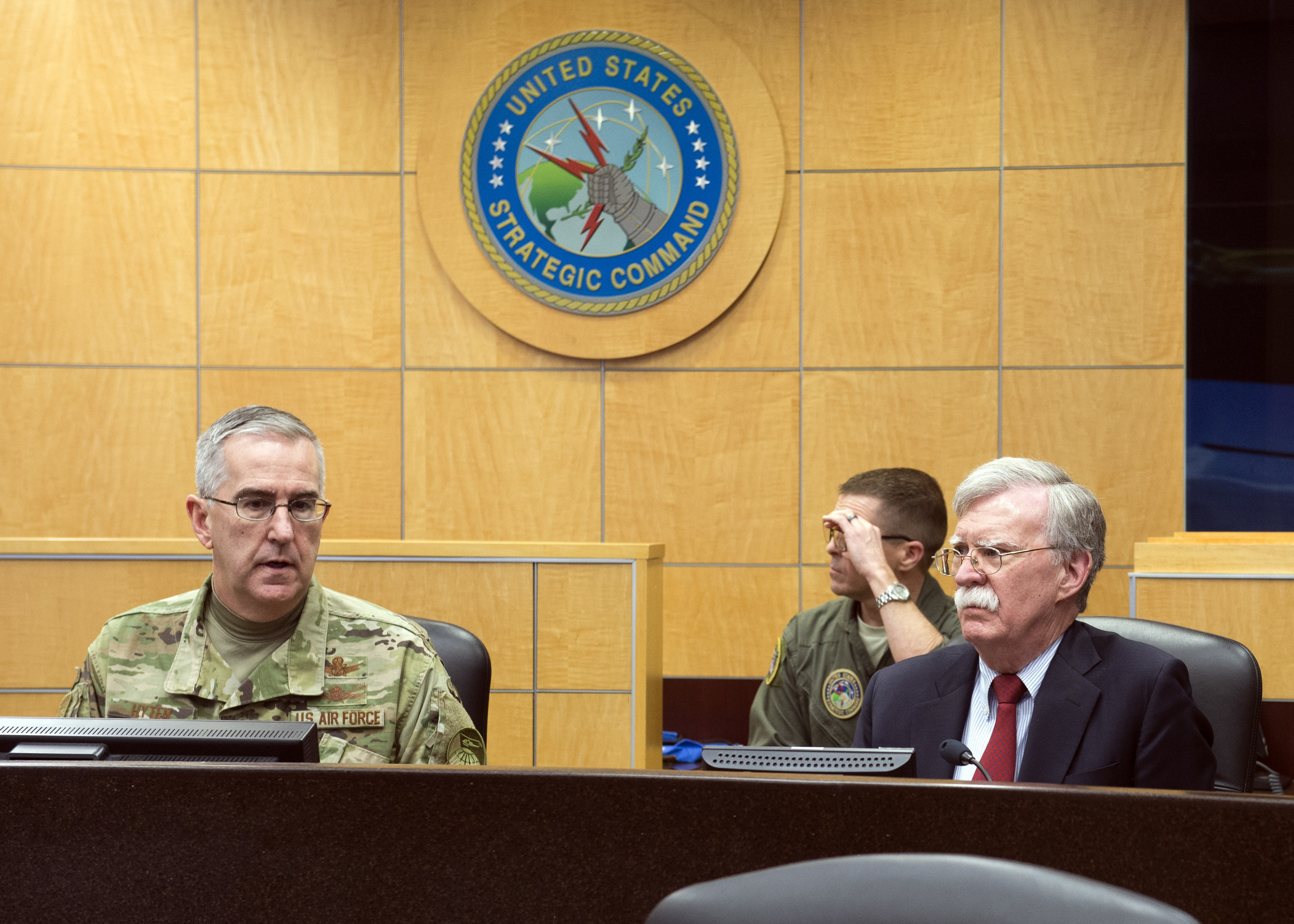 As the Trump administration prepares to deploy 1,000 additional troops to the Middle East in a move critics warned will heighten the possibility of all-out war with Iran, United Nations officials reportedly believe the U.S. is also planning a major “aerial bombardment” of an Iranian nuclear facility.

United Nations officials are “assessing the United States’ plans to carry out a tactical assault on Iran,” the Jerusalem Post reported Monday, citing anonymous diplomatic sources at the U.N. headquarters in New York.

“According to the officials, since Friday, the White House has been holding incessant discussions involving senior military commanders, Pentagon representatives, and advisers to President Donald Trump,” the Post reported. “The military action under consideration would be an aerial bombardment of an Iranian facility linked to its nuclear program.”

One “Western diplomat” told the Post that the bombing campaign would be “massive” but “limited to a specific target.”

The reported plans come after the Trump administration blamed Iran for attacks on two oil tankers in the Gulf of Oman last week, citing video and photographic evidence that has been characterized as inconclusive at best and completely false at worst.

While raising concerns about the sourcing of the Post‘s report, critics raised alarm at the possibility that the Trump administration is planning to bomb Iran, noting that even a single airstrike would likely prompt a devastating military conflict in the Middle East.

there would be no going back from this. There’s no such thing as a “one and done” military strike on Iran https://t.co/D8vONAJnhD

“If this is true, they are even bigger lunatics than we realized,” Cenk Uygur, host of the online news show “The Young Turks,” tweeted late Monday. “If Trump starts a war with Iran, he will have kept none of his promises and created an unimaginable disaster in the Middle East.”

Ryan Costello, policy director at the National Iranian American Council (NIAC), noted that the Post‘s reporting “tracks with what Pentagon officials said is [the] most likely option last month.”

Citing an anonymous Pentagon source, Newsweek reported last month that “if anything is likely to happen involving the [Trump administration’s] preliminary Iran options, it would involve a heavy guided missile strike campaign in an attempt to lead Tehran to the negotiation table with Washington.”

According to report, the option being considered is an “aerial bombardment of an Iranian facility linked to its nuclear program.” This tracks w/ what Pentagon officials said is most likely option last month – “a heavy guided missile strike campaign.” pic.twitter.com/ytSboq5aat

Just before announcing the deployment of 1,000 more troops to the Middle East, the Pentagon on Monday released  a “timeline” and additional photos that it said provide more proof that Iran was behind the tanker attacks last week.

But, as Politico reported, “Nothing in the photos or accompanying documents reveal evidence of the placement of the magnetic mines on the ship.”

While the Trump administration has attempted to convince European nations to echo its narrative that Iran was responsible for the attacks, representatives of major European nations—with the exception of the United Kingdom—have expressed skepticism and called for an independent investigation.

“The video is not enough,” German Foreign Minister Heiko Maas told reporters after the U.S. military released footage last Thursday purporting to show Iranians removing an unexploded mine from the side of one of the damaged tankers.

“We can understand what is being shown, sure, but to make a final assessment, this is not enough for me,” Maas said.