There are a few tell-tale signs that the U.S. will not be bombing Iran anytime soon.

By Darius Shahtahmasebi  Published 7-10-19 by The Mind Unleashed 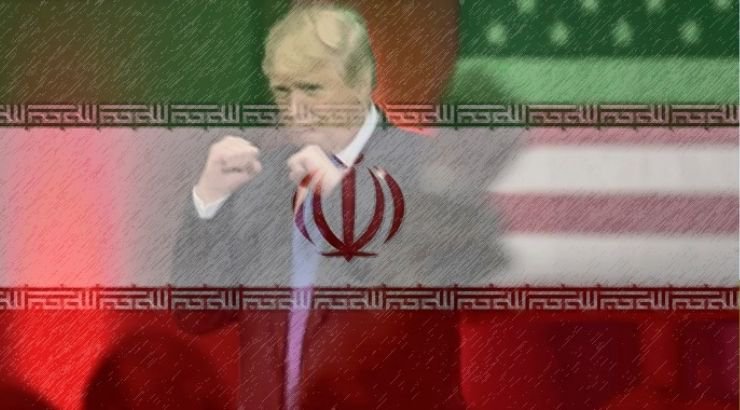 Despite years of Donald J. Trump talking tough on Iran and recent escalations bringing Iran and the United States to the brink of war, there are a few tell-tale signs that the U.S. will not be bombing the country anytime soon.

The first clue comes from the recent and highly controversial leaked cables of British ambassador to the United States, Sir Kim Darroch, published by the Mail on Sunday. While the leak was damning to the unbreakable U.S.-U.K. relationship due to Darroch’s description of Trump as “inept”, “insecure” and “incompetent,” it turns out the leaks revealed something even more intriguing about Trump’s strategy regarding Iran.

In one memo dated 22 June of this year, Sir Kim referred to the “incoherent, chaotic” U.S.-Iran policy, stating that it was unlikely U.S. policy on Iran was “going to become more coherent any time soon.” Sir Kim also questioned Trump’s recent claim that he had rolled back on a plan to strike Iran due to potential casualties as it “doesn’t stand up.”

“It’s more likely that he was never fully on board and that he was worried about how this apparent reversal of his 2016 campaign promises would look come 2020,” the diplomat said.

Some sources have gone even further and alleged that Trump was even asking Iran to allow him to strike back, which was not well received. War correspondent Elijah Magnier reported on this take, stating:

“According to well-informed sources, Iran rejected a proposal by U.S. intelligence—made via a third party—that Trump be allowed to bomb one, two or three clear objectives, to be chosen by Iran, so that both countries could appear to come out as winners and Trump could save face. Iran categorically rejected the offer and sent its reply: even an attack against an empty sandy beach in Iran would trigger a missile launch against U.S. objectives in the Gulf.”

This allegation was reaffirmed by an Iranian general, according to Iranian media. While astounding in nature, the allegation may not seem as far-fetched when considered against Trump’s infamous strikes on the Syrian government in April 2017 and April 2018 which appeared to be more of a symbolic, muscle-flexing show of force than anything else.

Furthermore, despite Trump’s recent tweet (directed at none other than Sir Kim himself) that “the USA now has the best Economy & Military anywhere in the World, by far…and they are both only getting bigger, better and stronger” a ProPublica investigation into the Farsi Island incident of 2016 found that standoffs between the U.S. and Iran have been plagued with issues for years, including: inadequate training, poor leadership, and a refusal to heed warning that personnel were being placed in vulnerable situations.

“Prior to the mission, the sailors had received little training on their weapons, and the crew of one boat forgot to load the limited number of guns at their disposal during the transit,” the report states. “One sailor prepared to record the potentially hostile encounter with the helmet camera she’d been issued but couldn’t get it to work. So she filmed it on her personal iPhone 4. And when they were captured, a rescue seemed unlikely given that no one back at shore had yet realized they were off course.”

Whether or not the U.S. navy and military is adequately prepared for a standoff with Iran, and whether or not Trump plans to receive consent from Tehran before striking its territory, the blunt truth is that even the State Department is aware it doesn’t have the legal basis to strike Iran. In a State Department letter dated June 28, 2019, written in response to a query by Rep. Eliot Engel, Chair of the House Foreign Affairs Committee and Rep. Ted Deutch, Chair of the Foreign Affairs Subcommittee on the Middle East, North Africa and International Terrorism, the State Department wrote:

“The Department of State has great respect for Congress’ role in authorizing the use of military force. As Secretary Pompeo has noted, the Administration’s goal is to find a diplomatic solution to Iran’s activities, not to engage in conflict with Iran. Moreover, the Administration has not, to date, interpreted either AUMF as authorizing military force against Iran, except as may be necessary to defend U.S. or partner forces engaged in counterterrorism operations or operations to establish a stable, democratic Iraq.”

While this may be the letter that helps anti-war activists breathe a sigh of relief, it is also makes clear the situations in which the U.S. does believe it has justification to strike Iran: to protect its forces stationed in the Middle East from Iranian-backed mercenaries. Perhaps this also explains National Security Advisor John Bolton’s statement released on May 5, 2019, when he stated that:

“The United States is not seeking war with the Iranian regime, but we are fully prepared to respond to any attack, whether by proxy, the Islamic Revolutionary Guard Corps, or regular Iranian forces.”

Based on the above reasoning, it is this author’s assertion that until such time as the U.S. can pin such an attack on Iran or Iran’s proxy forces in Iraq or Syria — or maybe even Yemen — the U.S. is unlikely to attack Iran anytime soon. As for now, downed drones and oil tankers attacked by forces most likely outside of Iran’s ambit, don’t seem to cut it.