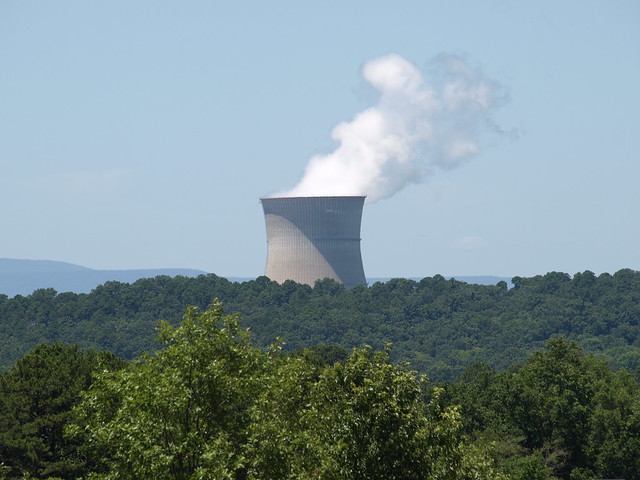 After months of experts raising alarm over the nuclear power industry pressuring U.S. regulators to roll back safety policies, staffers at the federal agency that monitors reactors sparked concerns Tuesday with official recommendations that include scaling back required inspections to save money.

The Nuclear Regulatory Commission (NRC) has spent months reviewing its enforcement policies—and, as part of that process, sought input from industry groups, as Common Dreams detailed in March. In response, the industry representatives requested shifting to more “self-assessments,” limiting public disclosures for “lower-level” problems at plants, and easing the “burden of radiation-protection and emergency-preparedness inspections.”

According to The Associated Press, which first reported on NRC staffers’ suggestions:

The recommendations, made public Tuesday, include reducing the time and scope of some annual inspections at the nation’s 90-plus nuclear power plants. Some other inspections would be cut from every two years to every three years.

Some of the staff’s recommendations would require a vote by the commission, which has a majority of members appointed or reappointed by President Donald Trump, who has urged agencies to reduce regulatory requirements for industries.

The NRC document that outlines the recommendations reportedly acknowledges that staffers disagree about the inspection reductions but claims that cutting back “improves efficiency while still helping to ensure reasonable assurance of adequate protection to the public.”

Democratic NRC member Jeff Baran also criticized the staff recommendations. He argued that the agency “shouldn’t perform fewer inspections or weaken its safety oversight to save money” and called for a public debate before any changes are made to existing policy.

“It affects every power reactor in the country,” he said. “We should absolutely hear from a broad range of stakeholders before making any far-reaching changes to NRC’s safety oversight program.”

Before the recommendations were released Tuesday, Democrats from the House Appropriations as well as Energy and Commerce committees expressed concerns about potential rollbacks of safety standards in a letter (pdf) to NRC Chairwoman Kristine Svinicki Monday.

🚨 NEW from @AppropsDems & @EnergyCommerce on @NRCgov‘s proposed changes to its monitoring of nuclear power plants: “Cutting corners on such critical safety measures may eventually lead to a disaster that could be detrimental to the future of the domestic nuclear industry.” pic.twitter.com/hB42OK3Vlv

To ensure nuclear power provides safe, reliable, emissions-free energy, it is imperative for the NRC to uphold strong regulatory standards. That is why we are disturbed by the consideration of these far-reaching changes to the NRC’s regulatory regime without first actively conducting robust public outreach and engagement. It would be a mistake to attempt to make nuclear power more cost competitive by weakening NRC’s vital safety oversight. Cutting corners on such critical safety measures may eventually lead to a disaster that could be detrimental to the future of the domestic nuclear industry.

The AP‘s report on agency staffers’ official recommendations provoked further alarm from lawmakers and the public. Some people on Twitter decried the inspection proposal as “an insanely bad move” and “beyond nuts,” and referenced the 1986 Chernobyl disaster, which is considered the world’s worst ever nuclear power plant accident.

Democratic Pennsylvania state Rep. Peter Schweyer tweeted that he would “happily” share his HBO password with the NRC “so they can catch up on” the network’s recently released series about Chernobyl.

I’ll happily give the Nuclear Regulatory Commission my @HBO password so they can catch up on #Chernobyl https://t.co/4CK76VfbYZ

U.S. Rep. Harley Rouda (D-Calif.) wrote in a tweet that considering how many millions of Americans live in close proximity to nuclear power plants, the agency “needs to do more—not less—to ensure nuclear reactor safety.”

Over 180 million Americans live within 50 miles of a nuclear power plant. @NRCgov needs to do more – not less – to ensure nuclear reactor safety. https://t.co/LR3levl54m