“We are exposing ourselves to great risk so others don’t have to. During these uncertain times, Shipt must not put profits before people.” 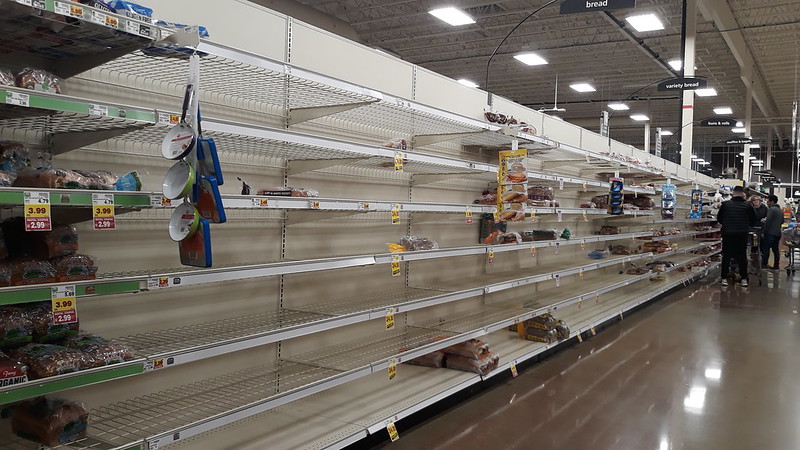 Joining a nationwide wave of employee-led direct action during the ongoing coronavirus pandemic, gig workers at the Target-owned grocery delivery service Shipt plan to walk off the job Tuesday and not return until the company provides them with two weeks of paid sick leave, hazard pay, and personal protective equipment.

“On Tuesday, April 7th, Shipt workers will walk off until our demands are met,” the group of Shipt workers that organized the walkout wrote in a Medium post Monday. “We call on customers, in a showing of solidarity, to boycott Shipt on Friday, April 10th.”

The group described their current pay as “insultingly low” particularly given the nature of the job, which requires workers—who are technically classified as independent contractors—to shop for groceries and deliver them to the homes of customers at a time when the federal government has urged people to stay home as much as possible to slow the spread of COVID-19.

“We are exposing ourselves to great risk so others don’t have to,” the workers wrote. “During these uncertain times, Shipt must not put profits before people. It is unconscionable for Shipt to continue to ignore the concerns of its shoppers. Target is the 8th largest retailer in the country. They can afford to protect us and our customers during this pandemic.”

The Hill reported last week that Shipt drastically cut pay for orders that are canceled by customers. After workers voiced outrage at the move and said they were receiving as little as $0.29 on orders that previously netted as much as $20, Shipt vowed to pay at least $5 per canceled order—a sum Shipt workers slammed as inadequate.

“We are undervalued even as we are the most key part of the business,” said one Shipt worker who plans to participate in Tuesday’s protest. “We deserve higher pay and hazard pay.”

In their Medium post, Shipt workers wrote that they have been “sounding the alarm for weeks” and “imploring” the company to provide basic protections like face masks and gloves.

“Rather than respond to the calls for action, Shipt chose to ignore shoppers’ pleas,” the workers said. “Shoppers have no choice but to stage a walk off. It is simply too unsafe to work right now.”

As Vice‘s Lauren Kaori Gurley reported, Tuesday’s walkout will mark “the first time gig workers at the Birmingham, Alabama-based company—which boasts more than 100,000 gig workers nationwide and is hiring at least 10,000 more in the midst of the coronavirus pandemic—have staged a collective protest against the company since its founding in 2014.”

Willy Solis, a Dallas-based lead organizer of the planned walkout, told The Hill Monday that Shipt workers were inspired to take action by protests last week by Instacart, Amazon, and Whole Foods employees. On Monday, employees at an Amazon fulfillment center in Staten Island, New York walked off the job for the second week in a row to protest unsanitary conditions at the facility.

Solis said Shipt workers have been calling for protective equipment “for several weeks now, through direct and indirect means, and our requests have been completely ignored.”

“There’s a sense of urgency in regards to protecting ourselves,” said Solis.

We will be holding a walk-off starting Tuesday, April 7th, until the following demands are met: