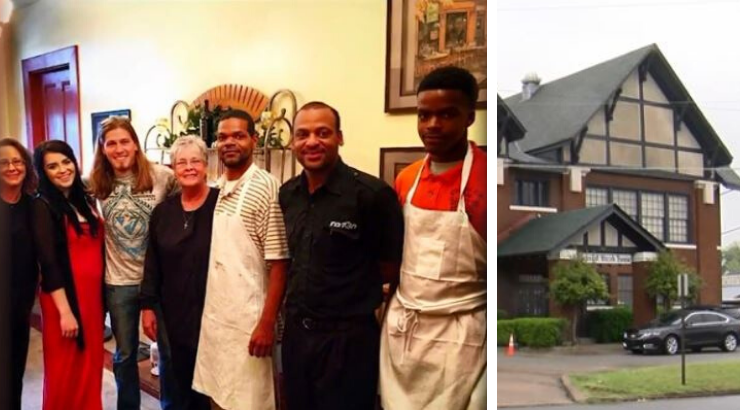 Such has been the case for one steakhouse in Arkansas which found itself receiving a tip its owners and staff will never forget.

The Colonial Steakhouse in Pine Bluff had been weathering the storm of the COVID-19 pandemic and state efforts to curb the deadly disease by maintaining a skeleton crew of four employees to offer curbside pickup for three days out of the week.

“Things have been barely getting by but we are making it, though.”

But one day, some regulars stopped by to pick up a to-go order and tearfully made one of the kindest gestures imaginable for the restaurant staff—a massive tip of $1,200, equivalent to the customer’s entire stimulus check issued by the federal government to offer limited relief to qualifying taxpayers.

“She was just sobbing and saying it was their whole stimulus.”

“We just started crying and thanking God because it came at a time that most of our staff really needed it.”

According to Gateley, the tip was enough to distribute $100 to every employee, including those who aren’t working.

Like many restaurants across the U.S. forced to offer only delivery and pick-up service, Colonial Steakhouse has been forced to cut its staff from 12 to only four people.

However, Hall has no intention of letting the restaurant become the latest victim of the spiraling economic crisis that has come in the wake of the COVID-19 outbreak. Hall said:

“We’ve been open for a very long time, nearly 50 years, so we’re stubborn and we aren’t giving up. We are not going to give up.”

According to KATV, many Arkansas restaurants have struggled to remain afloat since Gov. Asa Hutchinson announced strict measures ordering all non-essential operations to shut down, including dine-in at restaurants and bars.

While some restaurants and bars have been able to stay afloat through carryout, curbside pick-up, and delivery, others have had to rethink their entire business model.

Some restaurants have even turned their dining rooms into makeshift boutique grocery spaces and even miniature farmer’s markets where locally-grown foods are sold, reports KTHV.

Other less fortunate restaurants and bars have temporarily closed, with some feeling that it is more important for their employees to file for unemployment amid the unprecedented health crisis than to stay open.

However, on Monday Gov. Hutchinson signaled that some restrictions put in place during the outbreak would begin being lifted beginning May 4. The lifting of restrictions should offer some relief to small businesses and restaurants in the region, but the governor signaled that any worsening of conditions would lead to the return of restrictions.

Hall and the crew at the Colonial Steakhouse are rearing to welcome their customers back. Until then, however, they are more than happy to have been graced by their regular customers with such a warm and heartfelt gesture.