“Pelosi has run the House of Representatives by fiat for close to two months, and there hasn’t been a single word of protest as she locks every other member of the Democratic caucus out of policymaking.” 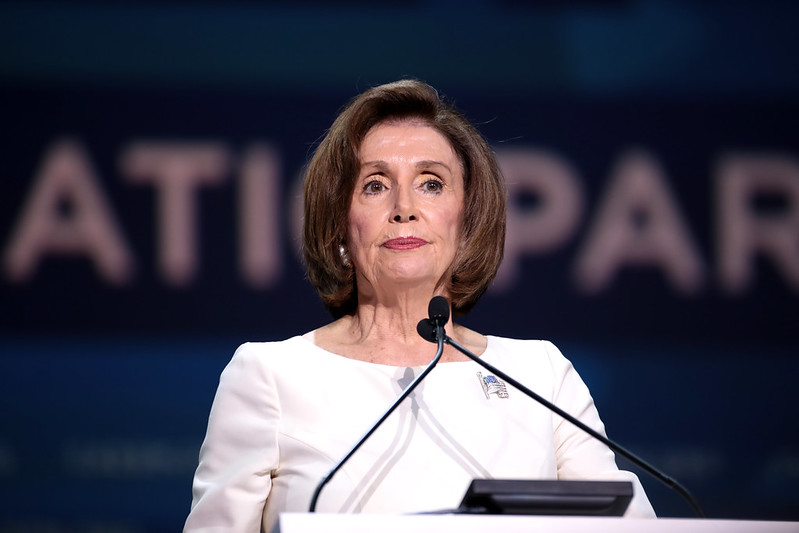 House Speaker Nancy Pelosi has thrown her support behind a proposal to allow corporate lobbying groups to receive bailout money from a Covid-19 relief program meant for small businesses, a move one critic bluntly described as the “dumbest political maneuver you could possibly make right now.”

During a webinar with small business representatives on Tuesday, Pelosi said the next coronavirus relief package will include a change to the Paycheck Protection Program (PPP) that would permit 501(c)(6) organizations to receive forgivable taxpayer loans.

“Many of the largest lobbying forces are organized under the 501(c)(6) section of the tax code as trade groups,” The Intercept‘s Lee Fang reported Wednesday. “Lobbyists have stepped up a campaign to make sure professional influence peddlers are eligible for the PPP… The push also includes a demand for an additional $25 billion for canceled events and other lost revenue from the coronavirus pandemic.”

While Pelosi said the next coronavirus stimulus bill will expand PPP to include 501(c)(6) and 501(c)(4) organizations, the speaker did not say whether the legislation will make 501(c)(5) groups that represent labor unions eligible for the loan program.

The Democratic push to expand P3 eligibility means small business rescue funds could go to thousands of lobbyists, from the National Rifle Assoc. to the National Restaurant Association.

The National Restaurant Association is *the* reason there has been no raise in the federal min wage, no paid sick leave law. That’s why they pay their top lobbyist as much as $3 million a year, working out of a palatial new office building in DC. Thats who Dems want to bailout.

Pelosi’s support for a lobbyist bailout comes as she is facing pressure from outside progressives, including nurses, to advance a bold Covid-19 stimulus package and stop rubber-stamping piecemeal legislation that provides insufficient relief to frontline workers, the unemployed, and states and localities.

In a blog post on Thursday, David Dayen, executive editor of The American Prospect, offered a scathing assessment of both Pelosi’s leadership and the refusal of Congressional Progressive Caucus leaders to raise their voices in dissent.

“Pelosi has run the House of Representatives by fiat for close to two months, and there hasn’t been a single word of protest as she locks every other member of the Democratic caucus out of policymaking and hands them take-it-or-leave-it legislation,” Dayen wrote. “Pelosi listens to some people, powerful people. And she pays lip service to others. She does this because she knows she can get away with it.”

Last month, the Progressive Caucus unveiled a list of priorities for the next coronavirus stimulus package—including $2,000 monthly direct cash payments to all U.S. households and an expansion of Medicare to cover the unemployed and uninsured—but it is unclear which if any of the demands will make it into the final bill expected to hit the House floor for a vote as early as next week.

During the webinar with small business leaders on Tuesday, Pelosi said Rep. Pramila Jayapal’s (D-Wash.) paycheck guarantee proposal is “very worthy of consideration” but did not commit to including it in the stimulus package.

“That’s code for ‘nice work but it’s not getting in the bill,'” wrote Dayen.