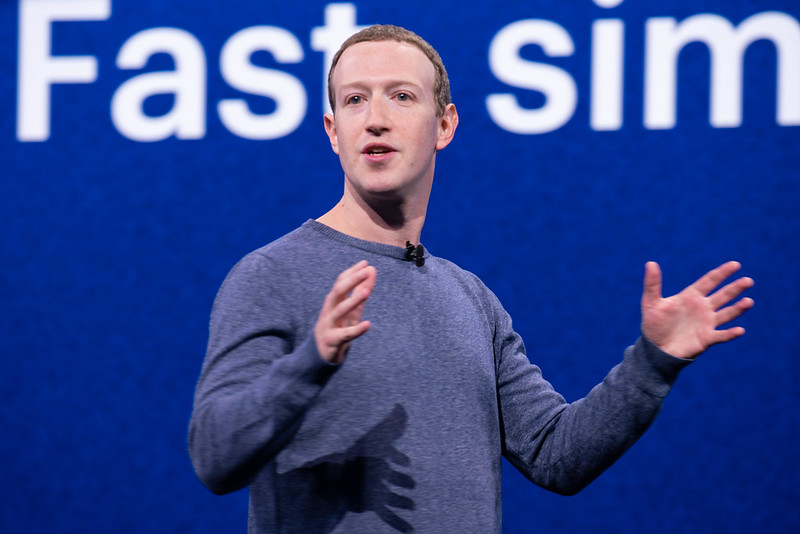 While the ACLU earlier on Friday condemned the social media post by Trump—a message that was shared on both Twitter and Facebook—as “hypocritical, immoral, and illegal” and nothing less than a call to “literally murder protesters,” Zuckerberg in his statement said Facebook “decided to leave it up because the National Guard references meant we read it as a warning about state action, and we think people need to know if the government is planning to deploy force.”

Following Trump’s post to Twitter, as Common Dreams reported, the company deemed the president’s words a violation of the platform’s rules against “glorifying violence” and placed it behind a rare public interest notice.

In his explanation, Zuckerberg claimed that while Trump’s post “had a troubling historical reference”—an acknowledgement that it understood the “when the looting starts, the shooting starts” line was first used in 1967 by Miami’s overtly racist Chief of Police Walter Headley—it was not itself an incitement to violence and therefore not a violation of Facebook policy.

“In no uncertain terms,” said Clarke, “we condemn Mark Zuckerberg’s decision to continue publishing President Trump’s statements inciting and glorifying violence in ways that could prove harmful to African American communities. Facebook has once again failed to act against an explicit violation of its own rules and has allowed the violent and racist post to remain up.”

“When the looting starts, the shooting starts,” is a threat coined by Miami Police Chief Walter Headley, who promised violent reprisals on black protesters in 1967. He also said: “We don’t mind being accused of police brutality. They haven’t seen anything yet.” https://t.co/inm7T4N804 pic.twitter.com/yfYY59Xfel

While applauding Twitter for the actions it took to rebuke the president and put a warning for its users on the tweet in question, Clarke said Facebook continues to lag behind in its understanding of the serious threat that Trump’s rhetoric and online behavior represents.

“Unlike Twitter,” said Zuckerberg in his defense of the company’s position, “we do not have a policy of putting a warning in front of posts that may incite violence because we believe that if a post incites violence, it should be removed regardless of whether it is newsworthy, even if it comes from a politician.”

But the Lawyers Committee said the post by Trump clearly violates Facebook’s Community Standards, including an explicit prohibition on incitement of violence. “Despite the incident being immediately reported to the platform,” the group said, “Facebook has so-far, failed to take any action.”

In response to Trump’s threat contained in the post, Jeffery Robinson, director of the ACLU’s Trone Center for Justice and Equality, noted what the civil liberties group termed the “vicious implications” of Trump’s remarks.

“Trump’s statement that ‘when the looting starts, the shooting starts’ is hypocritical, immoral, and illegal,’ said Robinson. “While President Trump has recently claimed to be concerned about honoring the memory of Mr. Floyd, his actions consistently demonstrate a gross disregard for the racial terror and police violence that communities of color across the country experience on a regular basis. We call on the National Guard and law enforcement in Minneapolis to comply with the law and not President Trump.”

On Friday afternoon, as Common Dreams reported, legal experts warned that for soldiers or police officers to actually follow Trump’s unlawful order to open fire on people demonstrating or looting amid protests would be an overt violation of the Fourth Amendment.

Meanwhile, the Lawyers’ Committee noted that this is not an isolated incident when it comes to how Trump has been allowed to run roughshod over the Facebook’s stated community standards. “Recently, Facebook took no action when President Trump spread disinformation about absentee voting and threatened public officials in Michigan and Nevada,’ the group pointed out. “In 2018, Facebook took no action when President Trump ran a political ad that used racist imagery and stereotypes about immigrants.”

“The use of the phrase ‘when the looting starts, the shooting starts’ is no accident,” the group said.

While Zuckerberg presented the powerful corporation’s decision to the public, The Verge reported that internal dissension was materializing within the company as some employees expressed frustration and called on higher-ups to take down Trump’s hateful and racist posts.

“Makes me sad and frankly ashamed,” one employee reportedly wrote on the company’s internal communication system in response to a post from management about their pending decision. “Hopefully this wasn’t the final assessment? Hopefully there is still someone somewhere discussing how and why this is clearly advocating for violence?”

“I have to say I am finding the contortions we have to go through incredibly hard to stomach,” another employee added. “All this points to a very high risk of a violent escalation and civil unrest in November and if we fail the test case here, history will not judge us kindly.”