“As the climate crisis demands an abrupt shift away from fossil fuels, the federal government should not be creating programs to bail out these polluters.” 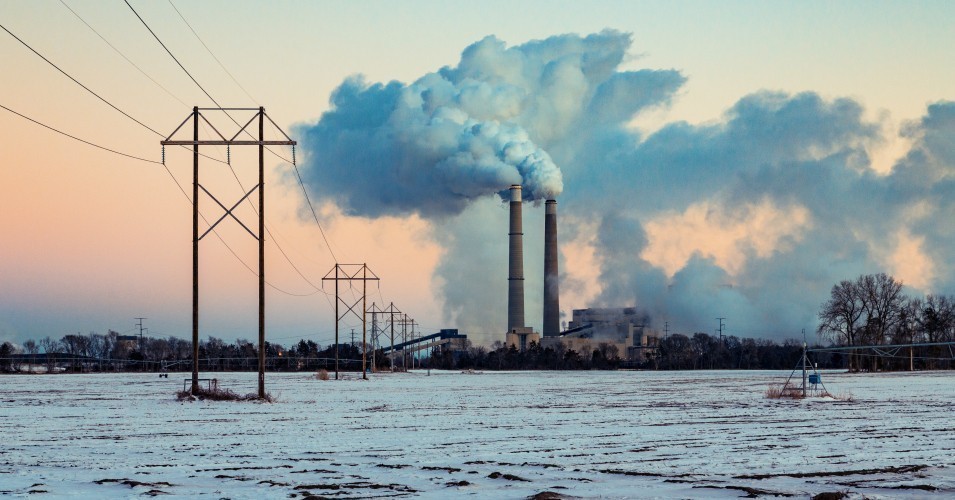 “The Federal Reserve was tasked with creating a massive program to protect workers’ livelihoods during an intense economic and public health crisis. We should, at the very least, expect transparency about how the program is structured,” said Food & Water Action attorney Adam Carlesco. (Photo: Tony Webster/Flickr/cc)

The Federal Reserve has missed a deadline to release documents requested by environmental group Food & Water Action in May to reveal the extent to which the central bank has used one of its major Covid-19 lending programs to rescue the faltering oil and gas industry.

“The public has a right to know if the Fed created an oil and gas bailout at the behest of an industry that has wreaked havoc on our air, water, climate, and potentially the global financial system,” Food & Water Action attorney Adam Carlesco said in a statement. “As the climate crisis demands an abrupt shift away from fossil fuels, the federal government should not be creating programs to bail out these polluters.”

The deadline for the Fed to release the documents requested through the Freedom of Information Act (FOIA) was June 17. On Wednesday, Food & Water Action filed a complaint (pdf) demanding that the U.S. District Court for the District of Columbia compel the Fed to “disclose records wrongfully withheld in failing to respond within the statutory deadline.”

Food & Water Action’s May 4 FOIA request asked the central bank to turn over all “records and communications related to accessibility of lending for oil and gas industry businesses” in the Main Street Lending Program, which was designed to provide credit for mid-size companies.

“The Federal Reserve was tasked with creating a massive program to protect workers’ livelihoods during an intense economic and public health crisis,” said Carlesco. “We should, at the very least, expect transparency about how the program is structured, and whether or not corporate interests have improperly influenced the terms of this relief program.”

“There is evidence that the Main Street Lending program was altered to assist oil and gas companies that were already becoming insolvent before the pandemic, and that the changes were precisely what these powerful industries were demanding,” Carlesco added.

On April 30, following a lobbying campaign by the oil and gas industry, the Fed announced an expansion of the Main Street Lending Program to include businesses with as many as 15,000 employees or up to $5 billion in annual revenue.

Bharat Ramamurti, a member of the Congressional Oversight Commission formed to monitor bailout money, tweeted at the time that the changes to the lending program “mirror the top requests of the oil and gas industry.”

In a May 12 interview on Bloomberg TV, Energy Secretary Dan Brouillette openly admitted that the Trump administration “worked very closely with the Federal Reserve” to open the Main Street Lending Program to oil and gas companies.

Brouillette, a former corporate lobbyist, said President Donald Trump personally directed the Energy Department and Treasury Secretary Steve Mnuchin to “evaluate the programs that were passed by the Congress and ensure that there is access for these energy industries to those programs.”

The Guardian reported Tuesday that more than 5,600 fossil fuel companies in the fossil fuel industry have received at least $3 billion in federal loans under the Paycheck Protection Program (PPP), which was established by Congress in late March to provide relief to small businesses.

“Federal aid should be going to help small businesses and frontline workers struggling as the result of the pandemic, not the corporate polluters whose struggles are a result of longstanding failing business practices,” Melinda Pierce, legislative director at Sierra Club, told The Guardian.