“If investors or Kodak employees were trading based on the unauthorized disclosure or discussion of nonpublic information, then it would appear to be a clear violation of securities law. The SEC should hold them accountable.” 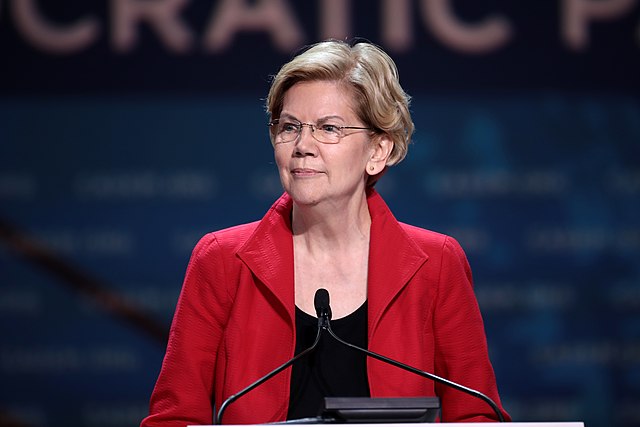 The Securities and Exchange Commission on Tuesday reportedly launched an investigation into Kodak after Sen. Elizabeth Warren demanded a probe of possible insider trading at the tech company, which gifted its CEO nearly two million stock options just a day before President Donald Trump last week handed the company a $765 million federal loan to produce generic pharmaceuticals to combat Covid-19.

“Good,” Warren tweeted in response to reports of the SEC’s investigation. “If investors or Kodak employees were trading based on the unauthorized disclosure or discussion of nonpublic information, then it would appear to be a clear violation of securities law. The SEC should hold them accountable.”

Trump’s announcement of the $765 million deal on July 28 sent Kodak shares surging by more than 1000%, increasing the value of CEO Jim Continenza’s new stock options to around $50 million.

In a letter (pdf) to the Securities and Exchange Commission (SEC) on Tuesday, Warren said the decision to grant Continenza stock options was just one of “several instances of unusual trading activity prior to the announcement, raising questions about whether one or more individuals may have engaged in insider trading or in the unauthorized disclosure of material, nonpublic information regarding the forthcoming $765 million loan awarded under the Defense Production Act.”

Kodak’s stock began to surge a day before Trump’s announcement of the massive federal loan, drawing suspicion from analysts who saw the sudden spike in activity as abnormal.

The Wall Street Journal reported that some of the stock activity can be explained by a Kodak media advisory announcing an unspecified and historic new initiative with the federal government. Because the advisory did not indicate that the information was not yet supposed to be released to the public, local media outlets ran stories on the announcement, causing Kodak’s stock to jump.

Warren said that while the Journal report “may resolve questions about the individuals who purchased the stock after seeing those public disclosures, it also opens up new questions about how Kodak handled what appears to be ‘non-intentional disclosure of material nonpublic information.'”

The Massachusetts Democrat noted that SEC regulations require companies to “publicly disclose the information promptly after it knows (or is reckless in not knowing) that the information selectively disclosed was both material and nonpublic.” Instead of adhering to SEC rules, Warren wrote, Kodak simply asked reporters to remove their stories on the inadvertent announcement.

Warren went on to point out that Continenza and other members of Kodak’s board of directors also purchased stock while Kodak and the Trump administration were “negotiating the deal in secret.” As the New York Times reported, Kodak granted 240,000 stock options to board members on May 20.

“The purchase of stock… while the company was involved in secret negotiations with the government over a lucrative contract raises questions about whether these executives potentially made investment decisions based on material, non-public information derived from their positions,” Warren wrote.

“If investors or Kodak employees were trading based on the unauthorized disclosure or discussion of nonpublic information,” Warren added, “then it would appear to be a clear violation of securities law.”