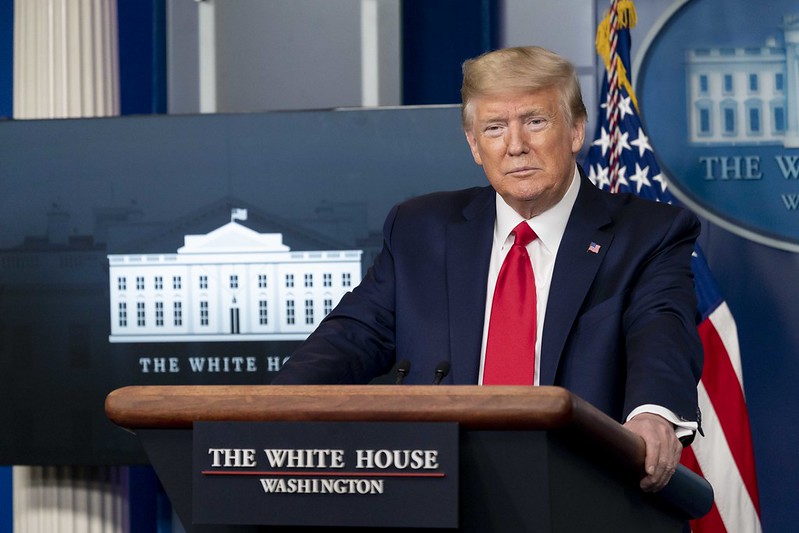 Trump said during a Covid-19 press briefing that his administration is examining a variety of potential executive orders should Congress fail to reach an agreement on the next stimulus package by the end of the week, a deadline Democratic leaders and the White House set on Tuesday.

“We are looking at it,” the president said of an executive order to extend enhanced unemployment benefits that expired last week. “We’re also looking at various other things that I’m allowed to do under the system, and—such as the payroll tax suspension. And so we’re allowed to do things.”

Slashing or suspending the payroll tax has long been an obsession of Trump and his right-wing economic advisers, including Stephen Moore. In an op-ed for the Wall Street Journal over the weekend, Moore urged Trump to “declare a national economic emergency and announce that the Internal Revenue Service will immediately stop collecting the payroll tax.”

But legal experts doubt the president has the authority to suspend the payroll tax through executive action. Mark Mazur, director of the Tax Policy Institute, noted in an interview with Roll Call this week that only Congress has the power to halt collection of taxes.

“Donald Trump is so desperate to defund Social Security, he may rip the Constitution to shreds to make it happen,” progressive advocacy group Social Security Works tweeted.

Hands off our earned benefits! https://t.co/miEBE7oGyx

Senate Republicans ultimately excluded any cut to the payroll tax—Social Security’s primary funding mechanism—from their coronavirus stimulus package as the proposal remains unpopular on both sides of the aisle.

In a joint statement on Monday, House Ways and Means Committee Chairman Rep. Richard Neal (D-Mass.) and Social Security Subcommittee Chairman Rep. John Larson (D-Conn.) said “Republicans and Democrats in both the House and Senate have rejected the president’s proposal to include a payroll tax cut in the next Covid-19 response package, yet the president remains fixated on the foolhardy idea.”

“A payroll tax cut does not help unemployed Americans—the group of people most in need right now—and it would drain money from Social Security and Medicare,” said Neal and Larson. “It is difficult to fathom a worse moment to weaken these lifelines than during a pandemic and crushing economic recession.”

“While Republicans have long sought to gut these earned benefits,” the lawmakers added, “doubling down on those efforts while the Covid crisis rages on would be particularly heartless.”