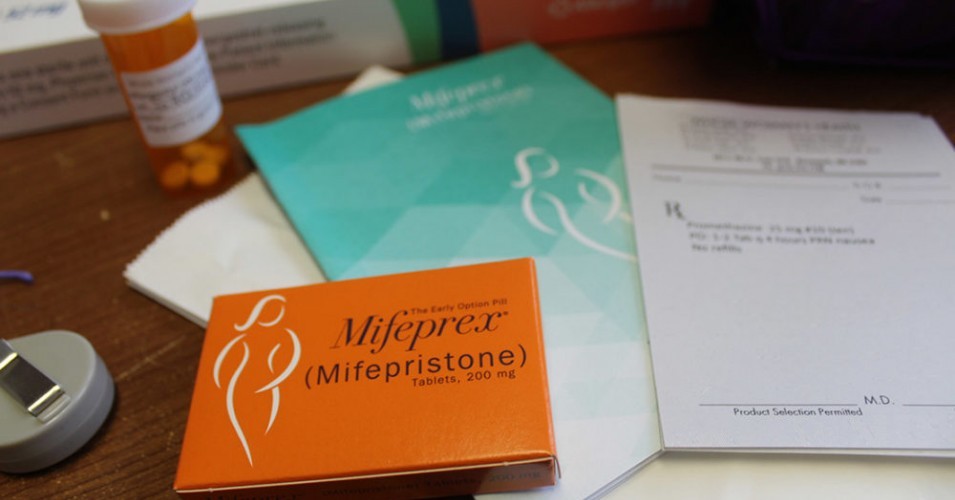 The ACLU filed a lawsuit last month to suspend the Food and Drug Administration’s (FDA) restriction on behalf of the American College of Obstetricians and Gynecologists (ACOG), New York State Academy of Family Physicians, and other reproductive healthcare providers and rights groups.

The organization successfully obtained an injunction when the U.S. District Court of Maryland ruled that the rule should be suspended to protect patients from potential exposure to Covid-19 when they make an unnecessary trip to obtain the medications, mifepristone, which is used to terminate a pregnancy in the first trimester.

The Fourth Circuit Court of Appeals denied the Trump administration’s request to stay the lower court’s ruling, leading to the president’s action on Wednesday.

“With Covid-19 raging across the nation—and despite being rebuffed twice in the courts—the Trump administration refuses to end its crusade to subject abortion patients and their families to entirely unnecessary exposure risks,” said Julia Kaye, staff attorney with the ACLU’s Reproductive Freedom Project. “Forcing patients to travel during a pandemic just to pick up a pill is irrational and dangerous, which is why the medical community uniformly opposes this senseless rule.”

BREAKING: The Trump administration just asked the Supreme Court to reinstate an FDA rule that forces patients to risk COVID-19 exposure as the price of getting abortion care.

We’ve already blocked this policy in two federal courts — and we plan to do so again.

“We’ve already blocked this policy in two federal courts—and we plan to do so again,” tweeted the organization.

Dr. Daniel Grossman, director of Advancing New Standards in Reproductive Health (ANSIRH), slammed the FDA for not following “the scientific evidence” which showed patients can safely use mifepristone to terminate a pregnancy without the burden of visiting a physician in person first.

If the FDA had followed the scientific evidence, then patients’ ability to get medication abortion care during a pandemic wouldn’t be hanging in the balance at the Supreme Court.https://t.co/iwM6U5KWNY

In July, the U.S. District Court of Maryland ruled that patients can safely obtain the medication through the mail under supervision of a healthcare provider, and can consult with a physician in a telehealth appointment to avoid exposure to Covid-19 in a clinic or on public transportation.