“Malley should be celebrated for his ability to understand how adversaries see problems and find common ground, for this is the art of diplomacy.” 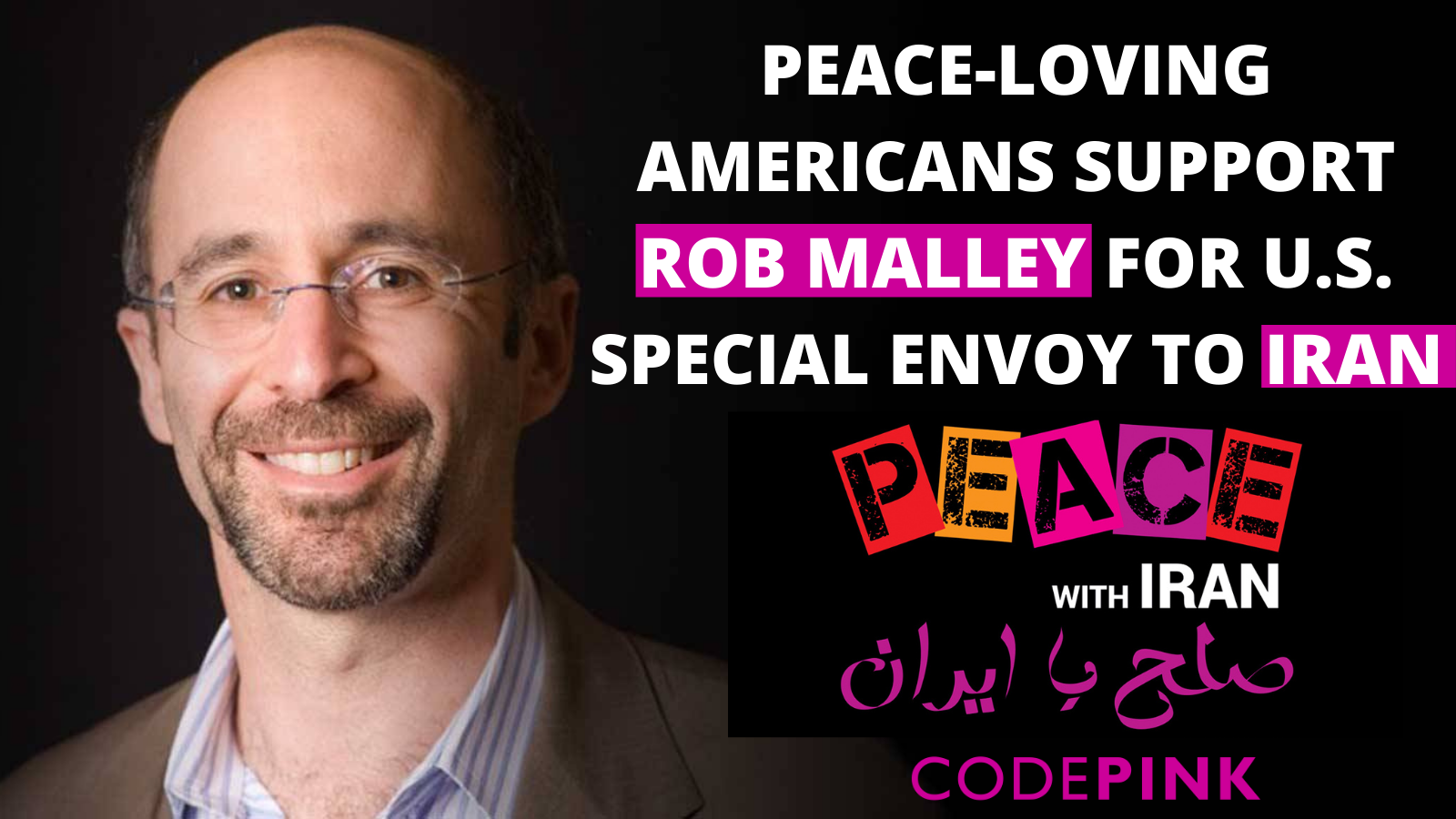 Progressives on Friday welcomed the addition of Robert Malley, a Middle East expert and Iran nuclear deal negotiator, to the Biden administration as a positive step away from the previous U.S. administration’s hostile rhetoric and policies toward Tehran, which often generated fears of a hot war.

Following reporting on Thursday from multiple media outlets, both the White House and the State Department confirmed on Friday that Malley will serve as President Joe Biden’s special U.S. envoy for Iran—in spite of opposition from hawkish critics.

State Department spokesperson Ned Price said that Malley “brings to the position a track record of success negotiating constraints on Iran’s nuclear program” and Secretary of State Antony Blinken “is confident he and his team will be able to do that once again.”

A veteran of the Clinton and Obama administrations, Malley played a key role in 2015 Iran nuclear deal, officially called the Joint Comprehensive Plan of Action (JCPOA). Biden vowed as a candidate that he would return the U.S. to that historic pact, from which former President Donald Trump withdrew in May 2018.

Especially given the recent relationship between Washington and Tehran, Malley’s appointment was applauded as progress toward peace and diplomacy.

“Rob is a great pick, and it’s an encouraging sign of how the Washington foreign policy consensus has shifted in a pro-diplomacy direction. Rob has played a big role in helping shift it,” said Matt Duss, foreign policy adviser to Sen. Bernie Sanders (I-Vt.), according to CNN. Malley advised Sanders’ 2020 presidential campaign.

BREAKING: All the smears and false charges against @Rob_Malley – by those who’ve never shown any commitment to true diplomacy – FAILED.

The hawks wanted to make a deterring example out of Rob.

Instead, they only revealed their own weakness.https://t.co/ICj6jMwMFS

Jamal Abdi, president of the National Iranian American Council (NIAC), issued a statement praising the pick as “a major step in putting U.S. diplomacy back in the hands of genuine professionals,” adding that “Malley is a consummate diplomat of impeccable skill and humility, well respected by ally and adversary alike.”

“His track record of skillful diplomacy makes him well-situated to reverse the Trump administration’s dangerous escalatory spiral with Iran and chart a path to non-violent solutions to disputes with Iran,” Abdi said, noting that he “joins several other Biden national security appointees who have extensive experience in dealing with Iran.”

His appointment today brings newfound hope for the American and other dual nationals languishing in Iranian prisons, whose release must be a vital priority. Malley’s deep experience on other Middle Eastern issues also creates opportunities for the U.S. to facilitate political solutions to the catastrophic Saudi war in Yemen and other regional crises.

Malley should be celebrated for his ability to understand how adversaries see problems and find common ground, for this is the art of diplomacy. The coordinated smear campaign to scuttle his nomination was not just an ugly attempt to besmirch his character, but to obstruct the very potential for diplomacy under President Biden. American foreign policy for too long has been militarily muscular but diplomatically weak. This was exemplified by the previous administration’s militaristic “take it or leave it” outlook on the world, an approach that has time and again led to foreign misadventures costing trillions of dollars and countless lives.

Now more than ever, America needs to invest in its diplomatic corps. NIAC commends President Biden for standing with Malley and opening the door for serious diplomacy with Iran. President Biden will have a tough road ahead to bring tensions with Iran back from the brink and revitalize American diplomacy. But with Rob Malley helming his Iran policy, he will have exactly the kind of veteran diplomat needed to untie the Gordian knot of U.S.-Iran relations.

Jason Rezaian served as the Washington Post‘s correspondent in Tehran from 2012 to 2016 and spent 544 days imprisoned by Iranian authorities. As he detailed in an opinion piece for the newspaper on Friday, the controversy over Malley’s inclusion in the administration kicked off last, when a group called the National Union for Democracy in Iran (NUFDI) published an open letter urging Blinken, who was not yet confirmed, to reconsider Malley, implying he would be too soft on Iran.

Notably, three former hostages of the Iranian government signed on to the NUFDI letter. “I feel a special kinship with other former hostages of Iran and choose not to question their political positions,” Rezaian wrote. “But I did feel a responsibility to express my concern that their public visibility was being used by a group of people who, after easy access to the Trump administration, suddenly find themselves looking into the halls of power from the outside.”

Rezaian also argued that “despite inevitable objections from Republicans, Biden should move forward with his Iran plans with confidence and transparency,” writing:

He can start by reiterating all the ways the nuclear deal was working before Trump withdrew the United States from it, and how he plans to build off of it to address other issues with Iran, especially human rights abuses. Critically, the Biden administration shouldn’t be shy about making the failure of Trump’s “maximum pressure” policy a core component of its plan. In all instances, Biden officials should err toward over-explaining to get their message out.

One of those messages, according to NIAC senior research fellow Assal Rad, comes from Malley’s selection—signaling Biden’s administration “is serious about diplomacy.”

“It’s also an indication that the smear tactics of the Trump era are useless,” Rad said, adding that “now opponents of diplomacy will be forced to make actual arguments.”

Friday was a “good day for peace advocates,” Rad concluded, and a “bad day” for opponents of diplomacy.