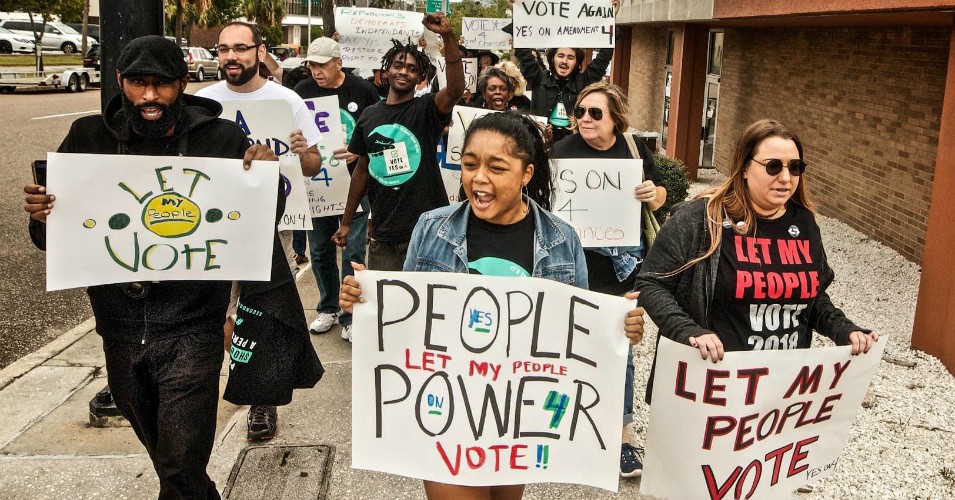 Last week, legislation intended to make voting more difficult—particularly for communities of color and other Democratic-leaning constituencies—was advanced in Georgia by the GOP-controlled state Senate, while Iowa Republican Gov. Kim Reynolds signed into law a bill that curbs early voting.

“This legislative campaign to suppress the vote can—and must—be stopped by Congress,” wrote the Brennan Center.

As it turns out, nearly all of the GOP’s recent attacks on the franchise—which critics say are inseparable from the lies about voter fraud that former President Donald Trump told in his failed attempt to reverse the outcome of the 2020 presidential election—could be defeated with the passage of the Democratic Party’s top legislative priority: the For the People Act (H.R. 1 and S. 1).

As the advocacy group Repair Our Democracy explained last week, this transformative, and popular, package of pro-democracy reforms “would directly address these restrictions by removing obstacles to voting nationwide and ensuring that every American can participate in fair, accessible elections regardless of what state they live in.”

With the exception of legislation introduced in seven states to “eliminate or limit sending absentee ballots to voters who do not specifically request those ballots,” the For the People Act would nullify all of the remaining state-level voter suppression bills, according to the Brennan Center’s analysis.

As the Brennan Center noted, the For the People Act “would create a national baseline for voting access that every American can rely on, and it would foil state efforts to manipulate voting rules to exclude eligible voters or create discriminatory outcomes.”

In its analysis, the group offered this breakdown to show how the For the People Act would—and in some cases would not—nullify proposed state-level voting restrictions: 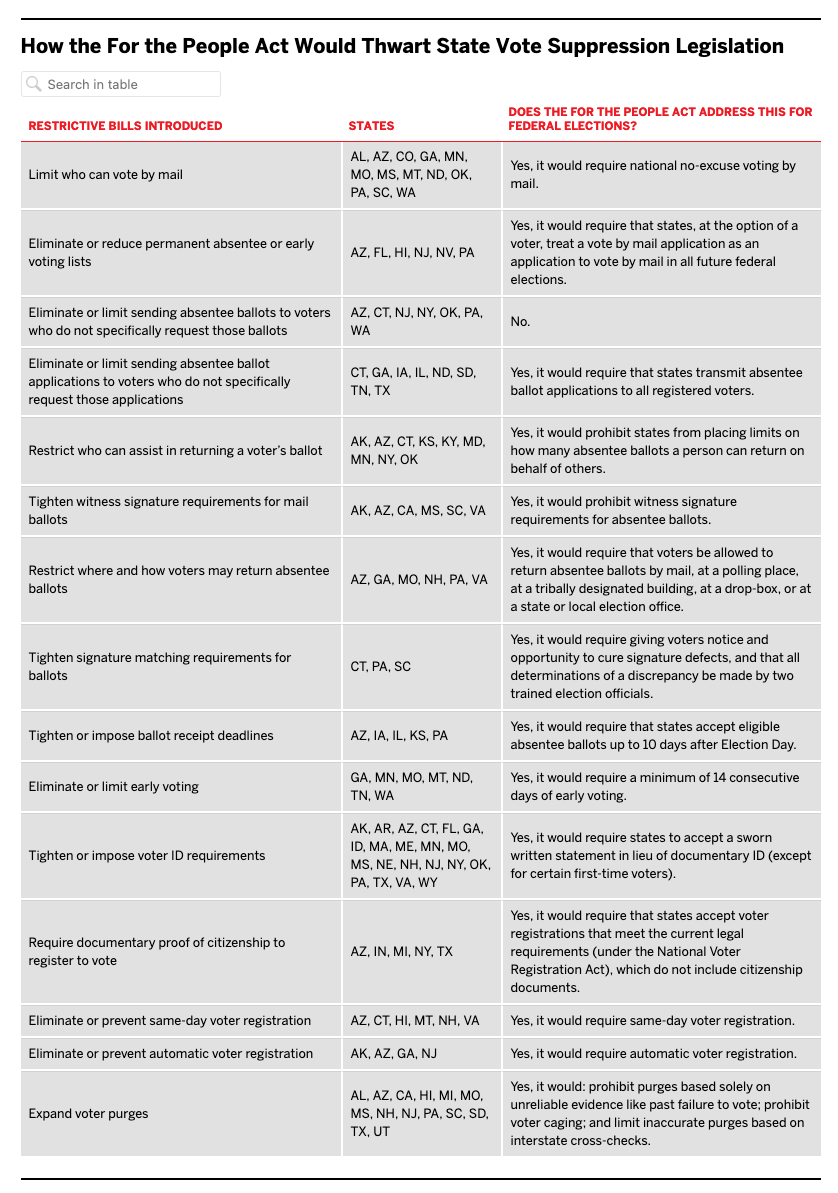 While the For the People Act also seeks to combat corruption by addressing issues of campaigno finance and ethics, Repair Our Democracy highlighted some of the landmark bill’s key provisions that, if enacted, would outlaw almost all of the GOP’s attempts to roll back voting rights following the historic turnout in last year’s election:

Congress “has the legal and constitutional power to… stop voter suppresion laws, cold,” Michael Waldman, president of the Brennan Center, wrote last week. “What it needs is the political will.”

Earlier this month, the Democratic-controlled House passed the For the People Act without the support of a single Republican.

Voting rights advocates say that unless Democrats in the evenly split Senate abolish the 60-vote filibuster, an anti-democratic tool currently allowing the Republican minority to block the enactment of popular legislation, the For the People Act is unlikely to be passed by the upper chamber.

When combined with the John Lewis Voting Rights Advancement Act, the For the People Act “includes all of the critical reforms needed to prevent voter suppression,” the Brennan Center wrote Tuesday. “Amidst a withering attack on voting rights in nearly every state, the Senate must now get to work and pass this bill into law.”