“In only a few decades, a migration of millions has been reduced to less than two thousand butterflies.” 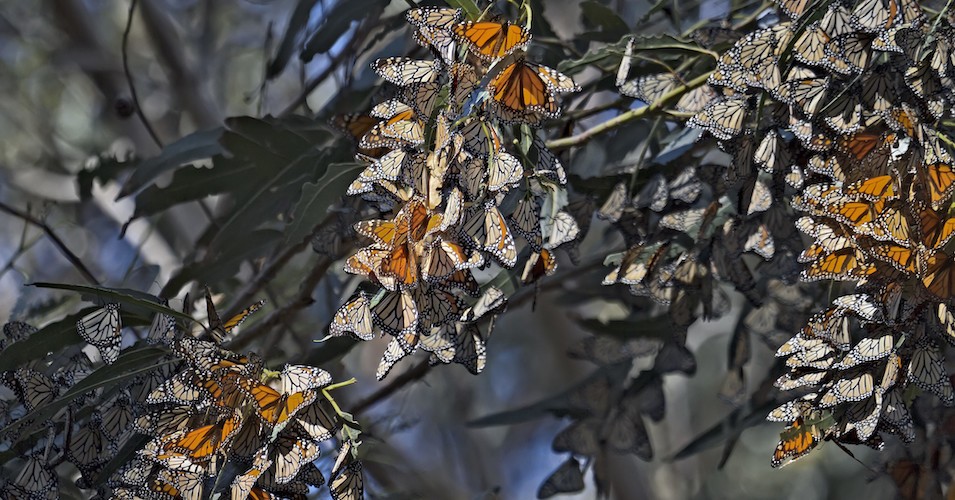 A group of bipartisan lawmakers introduced two bills on Wednesday to boost conservation of the western monarch butterfly to save the population from total collapse.

The legislation comes at a critical moment for the iconic species. The Xerces Society said in January after its latest annual western monarch count that 1,914 monarch butterflies were recorded overwintering on the California coast—a figure the conservation group said reflected a staggering 99.9% drop from numbers in the 1980s and was an indiction the species was heading toward extinction.

“In only a few decades, a migration of millions has been reduced to less than two thousand butterflies,” Stephanie McKnight, a conservation biologist with the Xerces Society, said at the time.

The butterflies also have no endangered species protections, neither at the state or federal level.

Rep. Jimmy Panetta (D-Calif.) and Sen. Jeff Merkley (D-ORe), who are leading the reintroduction of the The Monarch Action, Recovery, and Conservation of Habitat Act (MONARCH Act) and the Monarch and Pollinator Highway Act, are hoping to stop the precipitous decline. 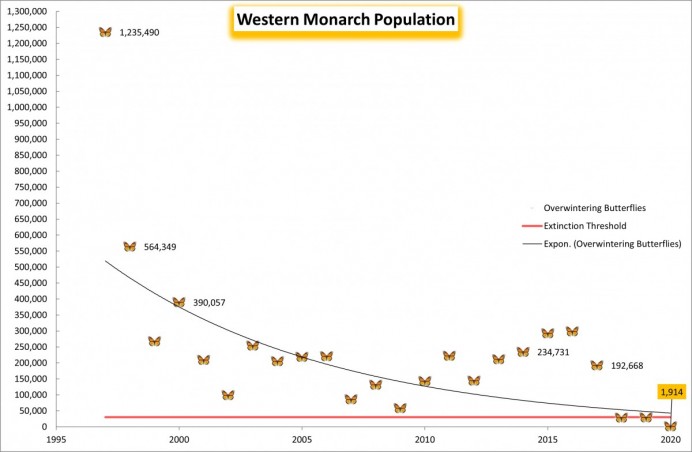 The Monarch and Pollinator Highway Act would establish a federal grant program for “pollinator-friendly” roadsides.

Panetta, in a statement Wednesday, lamented the “potential extinction of this magnificent pollinator” and said the pieces of legislation were “a small example of how we must continue to fight the effects of the climate crisis by working to preserve the future of a species that means so much to our ecosystem and to us on the Central Coast.”

According to Stephanie Kurose, a senior policy specialist at the Center for Biological Diversity, the MONARCH Act gives “these beautiful orange-and-black butterflies a fighting chance at survival.”

The measures were welcomed by other environmental experts like Dr. Sylvia Fallon, senior director of wildlife at NRDC, who highlighted the multiple threats the butterflies are facing.

“These bills will provide a lifeline for monarch butterflies whose populations have declined dramatically due to pesticide use, climate change, and habitat loss,” said Fallon.

“We need comprehensive conservation plans that help restore the milkweed and overwintering habitat monarchs depend on, or risk losing them forever in as little as two decades,” she warned. “This legislation is an important part of ensuring future generations can continue witnessing one of wildlife’s most astounding migrations.”

The butterfly crisis was unmistakable this winter in Pismo State Beach Monarch Butterfly Grove, which is in the district of Rep. Salud Carbajal (D-Calif.), who co-introduced the measures with Rep. Rodney Davis (R-Ill.) in the House.

Visiting the grove last month, Carbajal pointed to the then-forthcoming legislation and said that he, along with Panetta and Merkley, were “trying to not only draw attention to (the species’ risk of extinction) by writing letters as we did to the U.S. Fish and Wildlife to allocate funds, but moving legislation forward that will actually do what needs to be done: protect (the butterflies) and enhance the conservation itself.”

“We’re trying to yell at the top of our lungs, ‘We’re in crisis,'” said Carbajal. “This is a species in my district that is likely to go extinct unless we do something about it, and I feel it’s my responsibility to scream loudly.”

In a statement Wednesday, Carbajal warned again that the butterflies “are on a path to extinction” unless urgent action is taken.

“The MONARCH Act and Monarch Pollinator Highway Act,” he said, would make “critical investments in conservation projects so we can restore their habitats and preserve this beloved pollinator for future generations to experience and enjoy.”