The storm is expected to be one of the strongest ever to hit Louisiana, rivaling Hurricane Laura in 2020. 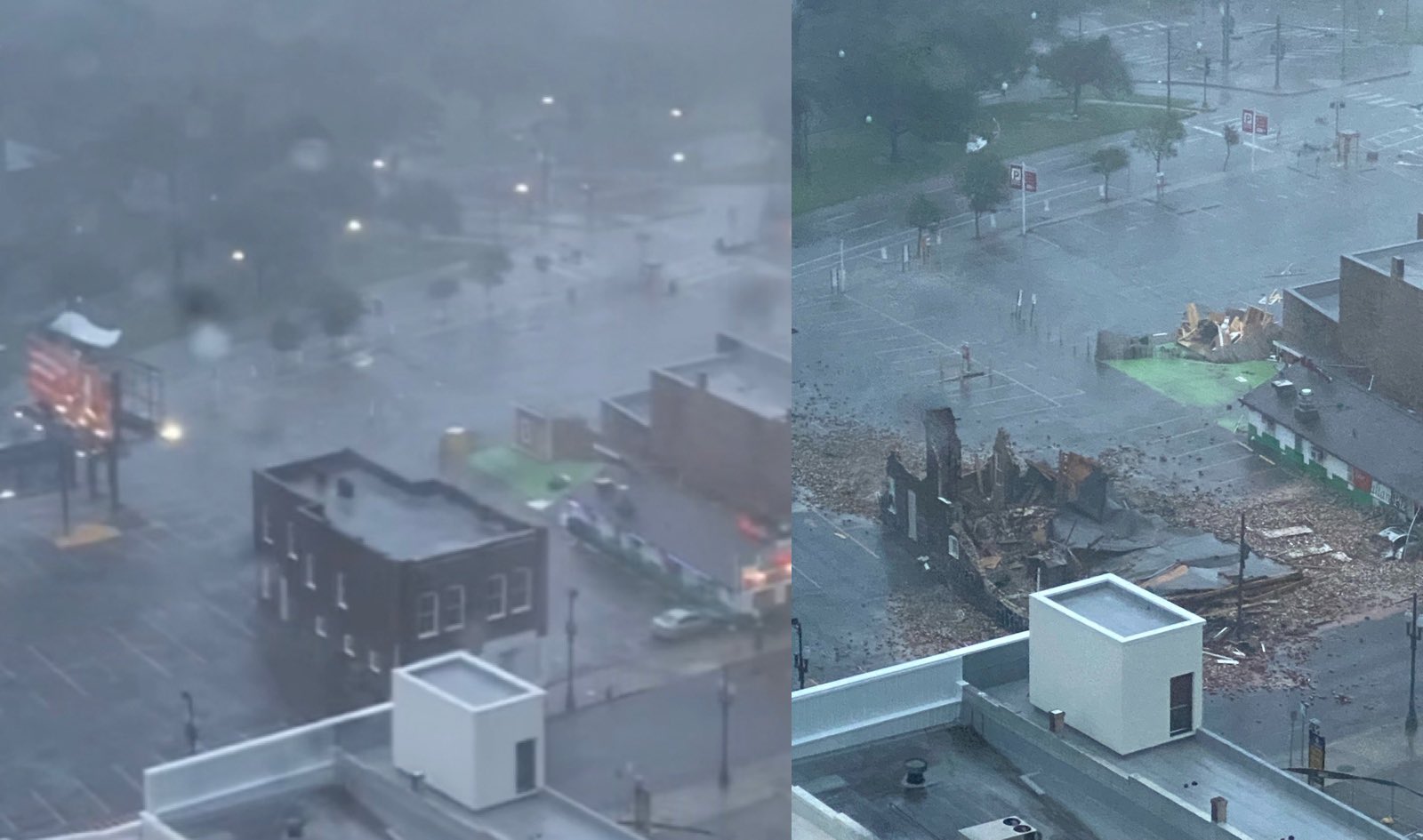 Weather experts on Sunday said their worst-case-scenario predictions about Hurricane Ida, which damaged homes and knocked down trees in Cuba on Friday, appeared to be coming true as the tropical cyclone made its way towards New Orleans with winds rushing at 150 miles per hour.

The hurricane made landfall Sunday afternoon in southeastern Louisiana.Thousands of people had evacuated on Saturday.

The National Hurricane Center warned the storm could bring “potentially catastrophic” damage from winds and a “life-threatening” storm surge in the coastal area, with destruction from flooding and other effects extending more than 100 miles inland.

Forecasters expressed anguish on social media and in weather reports as they watched the storm approach New Orleans on the 16th anniversary of Hurricane Katrina’s landfall.

I feel ill watching this hurricane. The eyewall lightning activity, the structure observed via radar, the satellite presentation, and the aircraft observations all highlight a strong and still-intensifying storm. Right up to landfall.

The expected ocean surge could inundate areas with up to 16 feet of water in some places. New Orleans was expected to see more than a foot of rainfall. The National Weather Service warned that “extremely dangerous flash flooding” could result if the city gets more than 15 inches of rain, which could overwhelm its system of nearly 100 pumps.

Locals who hadn’t evacuated on Saturday were cautioned to shelter in place on Sunday morning, as the approaching storm’s winds had already made highway travel perilous.

Meteorologists are typically hesitant to connect a single extreme weather event to the climate crisis, but as Discover Magazine reported Saturday, the planetary emergency fueled by fossil fuel extraction is “supercharging” storms like Ida.

“Monster storms cause enormous damage not only because of their winds,” wrote Tom Yulsman, director of the Center for Environmental Journalism and a blogger for the magazine. “They also dump unimaginable amounts of water. And research shows that thanks to climate change, they’ve been getting wetter.”

That’s happening for a number of reasons. First, a warmer atmosphere can carry more moisture. Research shows that for every one degree Celsius (1.8 degrees Fahrenheit) increase in temperature, the atmosphere can hold 7 percent more moisture. So far, the globe has warmed by about 1.1 degrees Celsius since preindustrial times.

On Twitter, climate scientist Katherine Hayhoe said the question of whether the climate crisis “causes” hurricanes like Ida is “the wrong question.”

“The right one is, ‘How much worse did climate change make it?” Hayhoe said.

Climate change didn’t cause Hurricane Ida, an “explosively intensifying tropical storm” bearing down on Louisiana on the anniversary of Katrina. But it’s virtually certain it made it worse. https://t.co/kWHmX6QPSr

“Given that science has already showed that a warmer ocean and other aspects of climate change are leading to much faster intensification of hurricanes,” Hayhoe added, “the question today is not, to paraphrase climate scientist Kevin Trenberth, how could climate change affect this event—but rather how could it NOT, as it is occurring over the massively altered background conditions of our 1.1C warmer planet.”