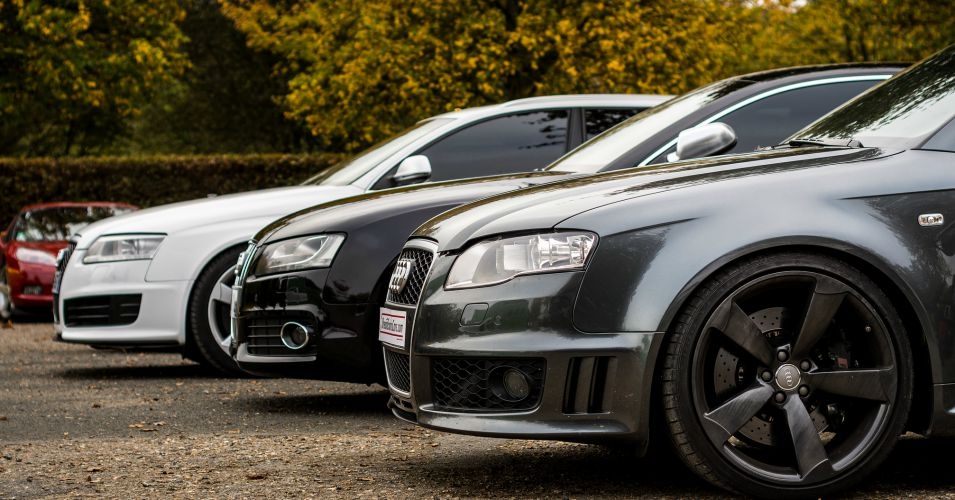 “EU and U.S. trade negotiators would potentially be putting lives in danger by allowing vehicles approved in the U.S. to be sold today in Europe and vice-versa,” ETSC executive director Antonio Avenoso told The Independent. (Photo: Jean-Jacques M./flickr/cc)

For fear of sabotaging the corporate-friendly TransAtlantic Trade and Investment Partnership (TTIP) between the U.S. and European Union, the car industry buried a report showing major discrepancies between the safety records of U.S. and EU vehicles, according to exclusive reporting in The Independent on Wednesday.

Citing a leaked version of the analysis (pdf), which has since been “quietly posted on the University of Michigan’s website,” reporter Paul Gallagher wrote:

The major study was commissioned by the car industry to show that existing EU and U.S. safety standards were broadly similar.

But the research actually established that American models are much less safe when it comes to  front-side collisions, a common cause of accidents that often result in serious injuries.

The findings were never submitted – or publicly announced – by the industry bodies that funded the study.

The findings showed “substantial differences in performance,” Gallagher wrote. “Of particular concern to safety groups is the finding that passengers in a typical EU model are 33 per cent safer in front-side collisions, an accident that often results in serious injury, than those in a typical U.S. model.”

As the second- and third-largest vehicle producers in the world, the EU and U.S. together account for roughly one-third of global vehicle production, according to a report prepared by the Congressional Research Service in 2014.

In announcing that the report had been commissioned in May 2014, the industry lobbyists noted that “[u]nder a TTIP, the two regions would represent the largest share of auto production and sales ever covered by a single trade agreement.”

Indeed, observers such as economist and author Martin Whitlock have pointed out that “cars form a big part of the EU’s case for TTIP.”

In a briefing published Thursday, the European Transport Safety Council (ETSC), a Brussels-based nonprofit, explained: “The car industry is hoping to be one of the biggest beneficiaries from a TTIP agreement, partly by removing tariffs on imports, but mainly by removal of so-called non-tariff measures (NTMs). One example of NTMs is the fact that car manufacturers have to meet two separate sets of safety and environmental standards for the EU and US markets.”

In 2013, the Alliance of Automobile Manufacturers—which represents companies including BMW, Toyota, and Volvo—stated that regulatory differences between the U.S. and EU “can act as non-tariff barriers to trade,” in turn raising costs for consumers.

To that end, the ETSC continued, “[c]armakers on both sides of the Atlantic have argued that safety standards are equivalent, i.e. not the same, but offer similar outcomes.”

But the auto industry’s clandestine report clearly shows that is not the case.

With that in mind, the ETSC declared on Thursday:

We consider that the work done until now, is not comprehensive enough to justify recognition of ‘equivalence’ today in full or in part. That situation is unlikely to change within the deadline for the TTIP negotiations i.e. the end of this year.

We also consider the process by which the current work is being done lacks the necessary transparency and openness required for an issue of public policy as important as vehicle safety, which is quite literally a matter of life and death.

One example of this problem is that the EU’s own research and position papers on vehicle safety for TTIP have only been made available for public and expert scrutiny after they have already been discussed by trade negotiators.

The appropriate and precautionary approach would be to remove vehicle safety harmonisation from the TTIP negotiations.

On social media, TTIP critics seized upon the latest news as just one more reason to oppose the mammoth “trade” deal.

“This study shows that EU and U.S. trade negotiators would potentially be putting lives in danger by allowing vehicles approved in the U.S. to be sold today in Europe and vice-versa,” ETSC executive director Antonio Avenoso told The Independent. “What’s needed is an open and transparent process for getting both sides up to the highest level of safety across all vehicles. Clearly without much more research and analysis, including vehicle safety standards in the TTIP agreement would be irresponsible.”