‘They cannot continue to handle affairs that are so delicate, that affect the environment and people this way.’ 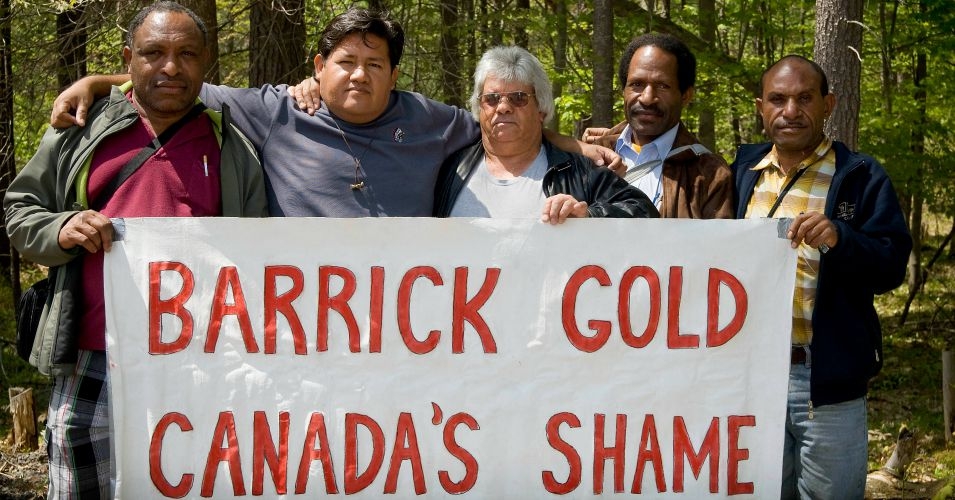 The Argentine government announced it was launching a legal investigation of the Canadian firm to see if there had been any criminal wrongdoing. If so, the company will allegedly face sanctions. The firm is already being sued in civil court over the leak, with plaintiffs demanding that it pay compensation for harm done to people, goods, and the environment. (Photo: ProtestBarrick.net)

Highlighting how corporate extractivism and lack of accountability is driving the destruction of Latin American communities, a Canadian mining company has now confirmed that more than one million liters of cyanide solution spilled from the Barrick Gold Veladero mine in San Juan, Argentina this month—making the spill more than four times larger than originally estimated.

The Toronto-headquartered mining company initially said it had spilled just 224,000 liters of the toxic liquid, used to leach gold from processed rocks, into the Potrerillos River. On Wednesday, the corporation amended its statement (pdf) and said that in fact 1.072 million liters of a cyanide and water solution were spilled due to a failure in one of the valves in the mine’s pipes. END_OF_DOCUMENT_TOKEN_TO_BE_REPLACED