In keynote address to Black Hat security conference, Jennifer Granick tells experts: ‘We need to get ready to smash the Internet apart to make something better.’ 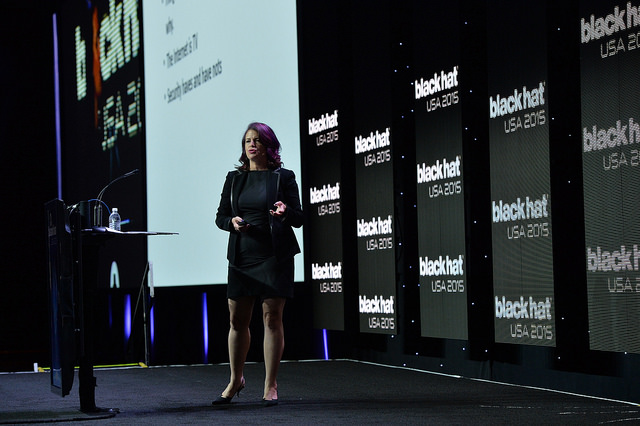 “The dream of Internet freedom is… dying,” said attorney and civil liberties expert Jennifer Granick during her keynote speech before a major computer security conference in Las Vegas on Wednesday.

Granick, formally the civil liberties director at the Electronic Frontier Foundation and now the director of civil liberties at the Stanford Center for Internet and Society, was addressing some of the world’s foremost technology experts attending the annual Black Hat information security event this week.

“Centralization, regulation, and globalization,” Granick said, have wrought havoc on a space once thought of as “a world that would leave behind the shackles of age, of race, of gender, of class, even of law.”

The dream is dying, she said, because “we’ve prioritized things like security, online civility, user interface, and intellectual property interests above freedom and openness.” And governments, for their part, have capitalized on the fear of “the Four Horsemen of the Infocalypse: terrorists, pedophiles, drug dealers, and money launderers” to push for even more regulation and control, she added.

Late last month, Snowden himself made a direct plea to technologists to build a new Internet specifically for the people.

Meanwhile, the U.S. government continues to push for expanded surveillance capabilities, such as with the Cybersecurity Information Sharing Act (CISA) currently making its way through Congress, which would allow companies to share personal user information with the government if there is a so-called “cybersecurity threat.”

In her keynote address, Granick also took on the undisclosed rules which supposedly enable much of the government’s spying activities. “We need to get rid of secret law. We have secret law in this country and it is an abomination in the face of democracy,” Granick proclaimed, to much applause.

In the future, she further warned, Internet users won’t be aware of the “secret” software-driven decisions directly impacting their rights and privacy.

“Software will decide whether a car runs over you or off a bridge,” she said. “Things will happen and no one will really know why.”

“The Internet will become a lot more like TV and a lot less like the global conversation we envisioned 20 years ago,” Granick said, concluding that if this is the case, “we need to get ready to smash it apart to make something better.”