“Do I think this has solved the issue between police and unarmed black, human beings? No. But I do believe that this type of leadership is a positive step in the right direction and gives me hope for black men and women around the world and for all of humanity.” 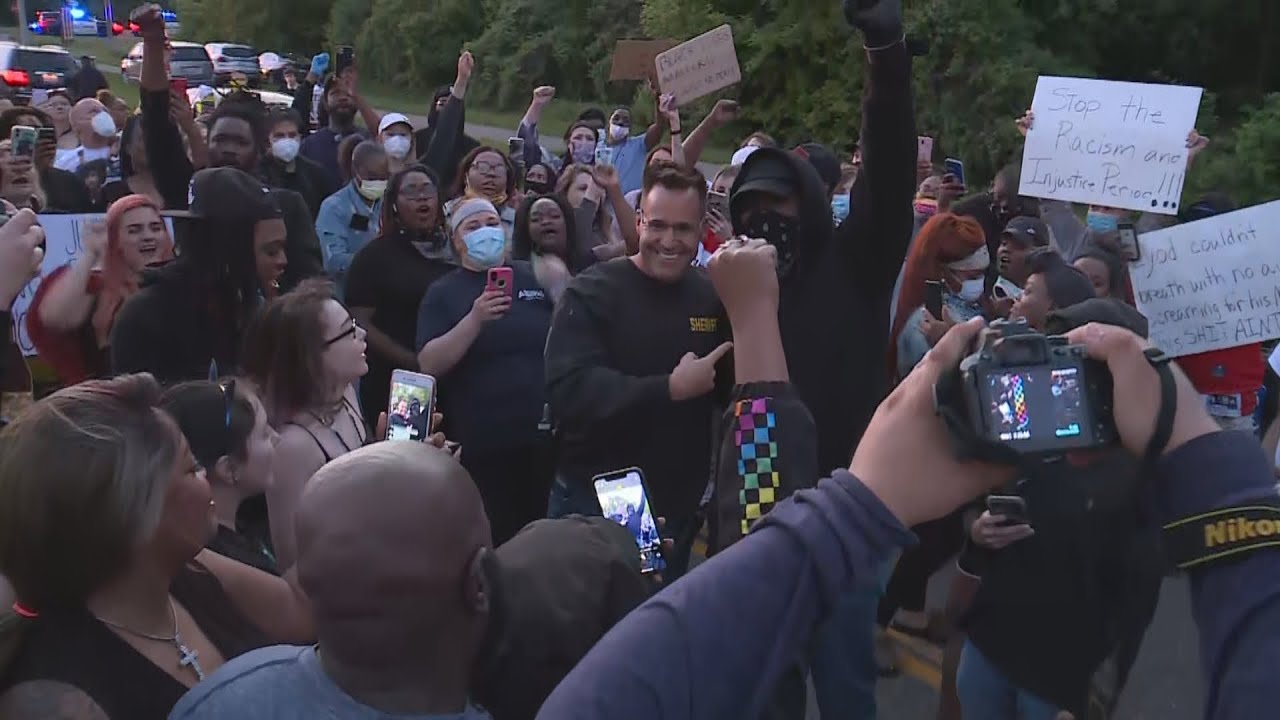 Amid a national wave of uprisings against police brutality in response to last week’s brutal murder of George Floyd in Minneapolis, Minnesota—but in contrast to a wave of aggressive and violent responses from law enforcement to those demonstrations—a scene in Flint, Michigan that played out Saturday evening offered an alternative to aggressive police tactics as a local sheriff and his fellow officers laid down their riot gear and joined with those members of the community who came out to voice their outrage and sorrow.

When Genesee County Sheriff Chris Swanson, his deputies, and local officers were confronted by community members who marched on the Flint Township police station, witnesses described how Swanson told the crowd he wanted their pleas to be heard and that the police wanted to be in service of their demands and the protest itself. END_OF_DOCUMENT_TOKEN_TO_BE_REPLACED