Starbucks announced that it “has sent 238 letters” inviting Workers United—the union representing Starbucks employees—to join management “at the table and negotiate in good faith in each location where there is certified Workers United representation.” END_OF_DOCUMENT_TOKEN_TO_BE_REPLACED 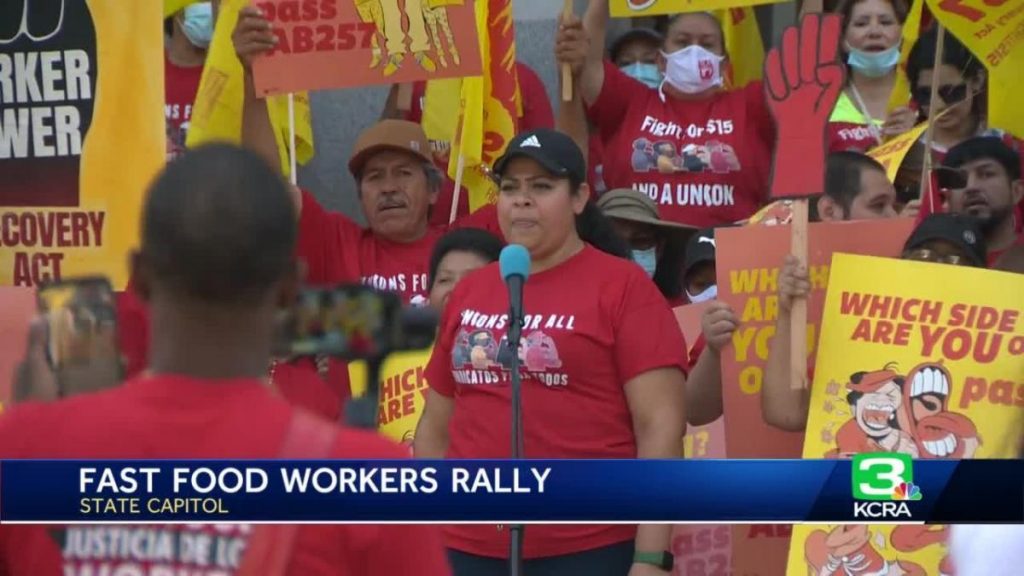 If Democratic Gov. Gavin Newsom signs it into law, the Fast Food Recovery Act (AB 257) would make California the first state in the U.S. to establish a council tasked with setting industrywide workplace standards for the fast food sector. The 10-member council would include workers and worker advocates as well as business representatives and state officials. END_OF_DOCUMENT_TOKEN_TO_BE_REPLACED 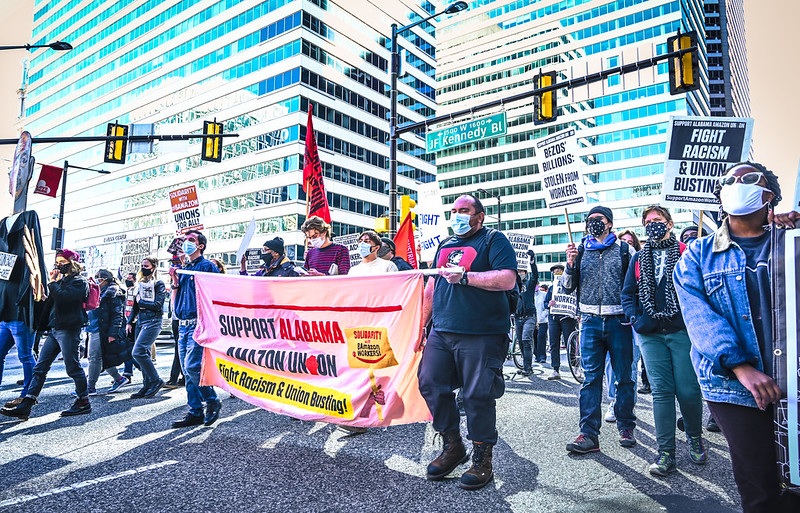 The union shared The New York Times‘ reporting on Amazon’s agreement with the National Labor Relations Board (NLRB), which is the result of six cases of workers saying the company limited their organizing abilities. END_OF_DOCUMENT_TOKEN_TO_BE_REPLACED 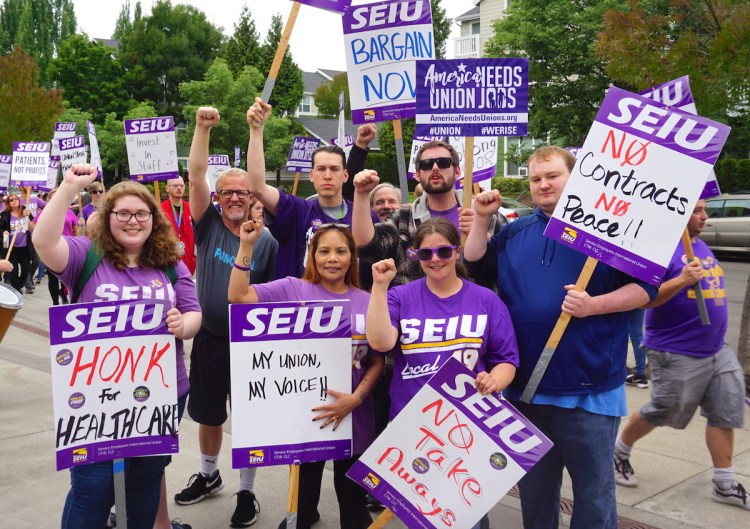 “You might say workers have declared a national general strike until they get better pay and improved working conditions,” wrote Reich in The Guardian. “No one calls it a general strike. But in its own disorganized way it’s related to the organized strikes breaking out across the land—Hollywood TV and film crews, John Deere workers, Alabama coal miners, Nabisco workers, Kellogg workers, nurses in California, healthcare workers in Buffalo.” END_OF_DOCUMENT_TOKEN_TO_BE_REPLACED 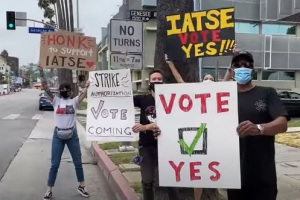 The International Alliance of Theatrical Stage Employees (IATSE) announced that with nearly nine in 10 members taking part in the vote, 98.68% of workers approved a strike authorization amid negotiations with the Alliance of Motion Picture and Television Producers (AMPTP), which represents hundreds of TV and film production companies. END_OF_DOCUMENT_TOKEN_TO_BE_REPLACED 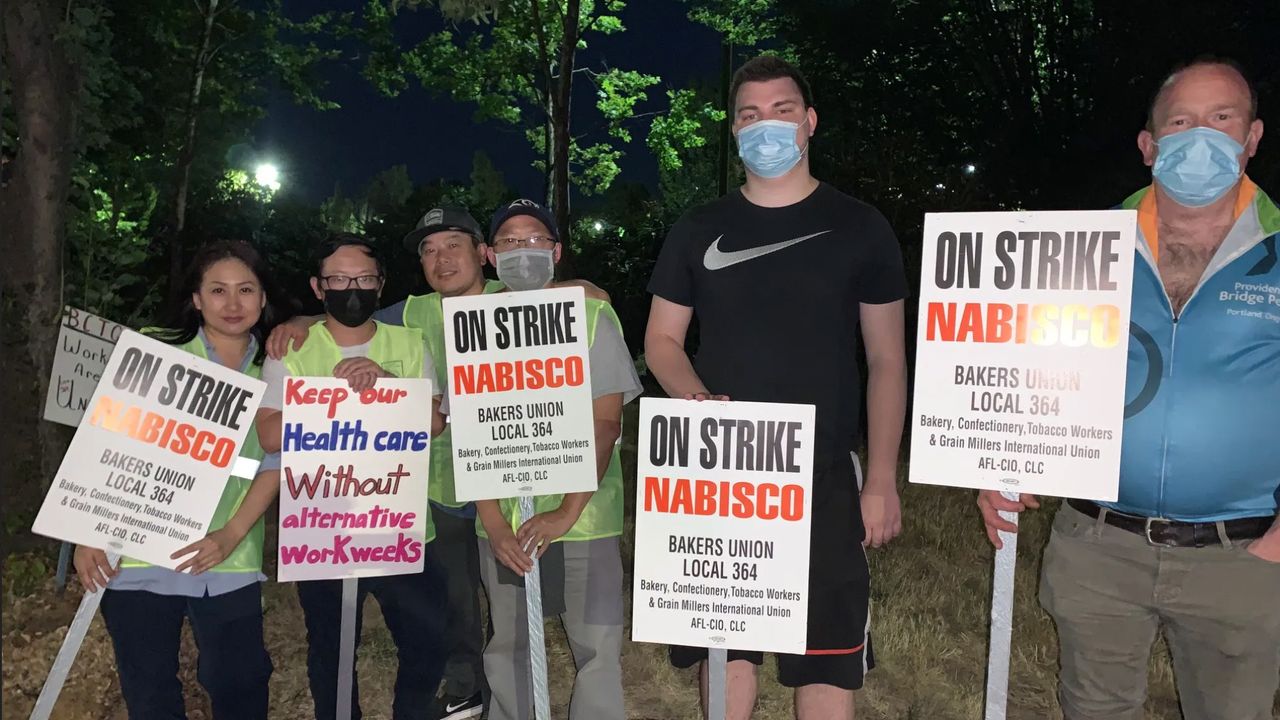 Though some Portland employees opposed ratifying the four-year contract, calling for better terms, it ultimately garnered the necessary support from workers there and at facilities in Aurora, Colorado; Richmond, Virginia; Chicago, Illinois; and Norcross, Georgia. END_OF_DOCUMENT_TOKEN_TO_BE_REPLACED

END_OF_DOCUMENT_TOKEN_TO_BE_REPLACED

In a story published by Reuters on January 15th, more than 60 Wal-Mart  supervisors and one corporate officer were named in a National Labor Relations Board complaint. The complaint states that Wal-Mart violated labor laws in 14 states in May and June of 2013. Dozens of employees received verbal and written warnings as well as formal reprimands and other disciplinary action for striking for improved wages and working conditions.

Since May 2013 Wal-Mart has improperly categorized workers’ time spent participating in these legally protected strikes as “unexcused absences.”

If the administrative law judge assigned to this case finds Wal-Mart guilty AND the NLRB panel upholds the judges’ finding, will Wal-Mart bargain in good faith with its’ employees, or will it simply eliminate the positions of the workers it reprimanded, just like it did to the meat cutters who voted to unionize in Tyler, Texas?

Wal-Mart officials seem to believe that no one deserves a living wage except for the thirteen folks who meet in the corporate boardroom in Bentonville and the members of the Walton family, who held five spots in the top ten richest people in the United states until 2005. The fact that these billionaires refuse to pay their employees living wages speaks to an inequality of wealth model that is unsustainable.

Occupy World Writes stands in solidarity with the Wal-Mart employees in their fight for  a living wage and just working conditions.

Come on, Wal-Mart! Live up to your corporate slogan and ensure your employees can “Save Money” and “Live Better.” They deserve it.