“[T]he law requires that changes in agency positions be backed by new circumstances or new evidence, not simply by the president’s whim.” 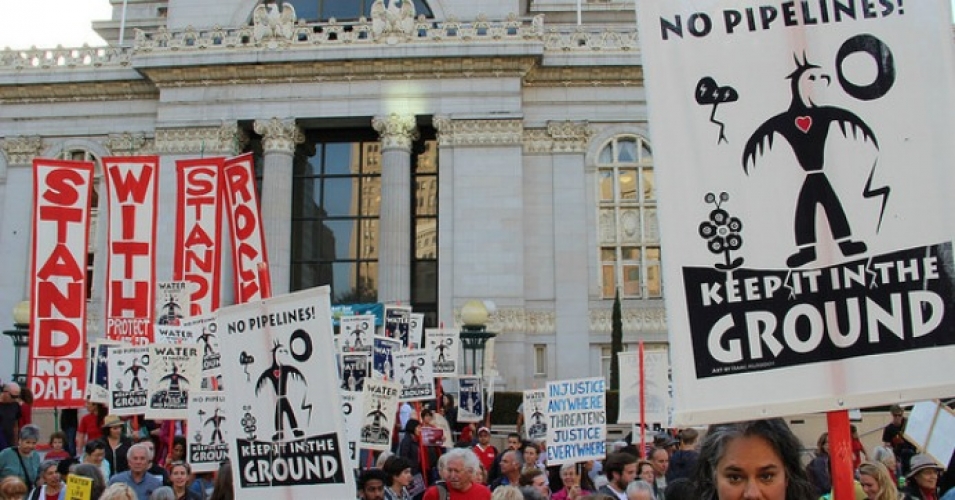 “Millions stand by us, and will continue to do so as we receive executive indication that infrastructure projects will be driven by corporate desire rather than American values,” Standing Rock Sioux chairman David Archambault III wrote in a letter to President Donald Trump. (Photo: Peg Hunter/flickr/cc)

The Standing Rock Sioux has responded to President Donald Trump’s executive order to push through the long-contested Dakota Access Pipeline (DAPL), calling the memorandum “utterly alarming” and warning that following through with it would violate federal law.

In a letter to President Donald Trump on Thursday, Standing Rock Sioux chairman David Archambault III noted that Trump did not accept a request to meet with him, and issued the order “without any consultation.” END_OF_DOCUMENT_TOKEN_TO_BE_REPLACED

Protesters can leave the property, the company stated Tuesday, according to the Associated Press. “Alternatively and in coordination with local law enforcement and county/state officials, all trespassers will be prosecuted to the fullest extent of the law and removed from the land.” END_OF_DOCUMENT_TOKEN_TO_BE_REPLACED