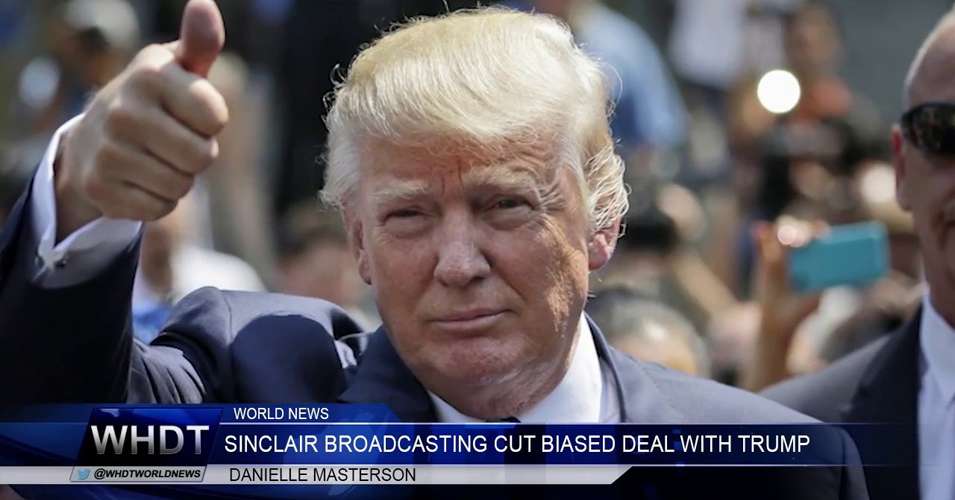 Sinclair would broadcast their Trump interviews across the country without    commentary,  Kushner said. Kushner highlighted that Sinclair, in states like Ohio,  reaches a much wider audience — around 250,000 viewers[sic]— than networks like  CNN, which reach somewhere around 30,000. END_OF_DOCUMENT_TOKEN_TO_BE_REPLACED