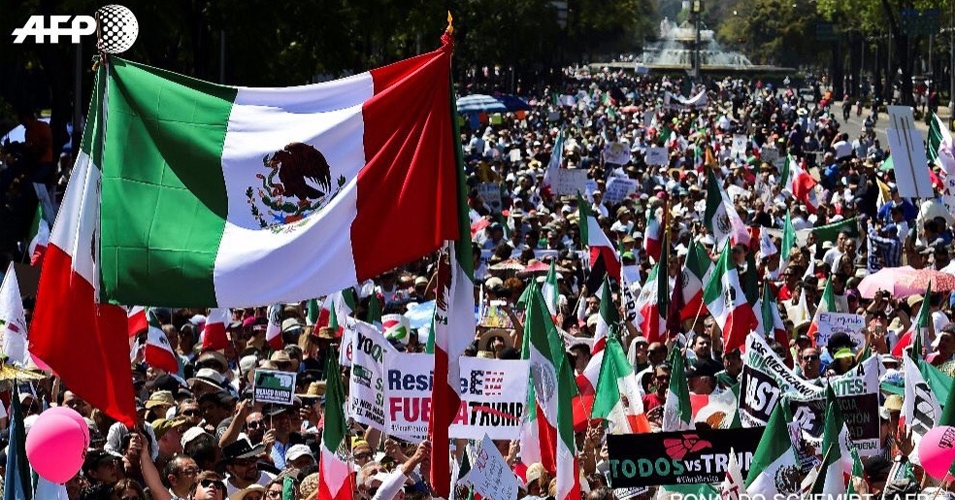 Tens of thousands of Mexicans protested Sunday against US President Donald Trump, hitting back at his anti-Mexican rhetoric and his depictions of them as “rapists” and “criminals” and to demand “the respecting of Mexico.

“Mexico must be respected, Mr Trump,” said a giant banner carried by protesters in Mexico City, who waved a sea of red, white and green Mexican flags as they marched down the capital’s main avenue.

In what is shaping up to be Mexico’s biggest anti-Trump protest yet, over 20 cities joined the call to march. Dozens of universities, business associations and civic organisations are backing the protest. END_OF_DOCUMENT_TOKEN_TO_BE_REPLACED