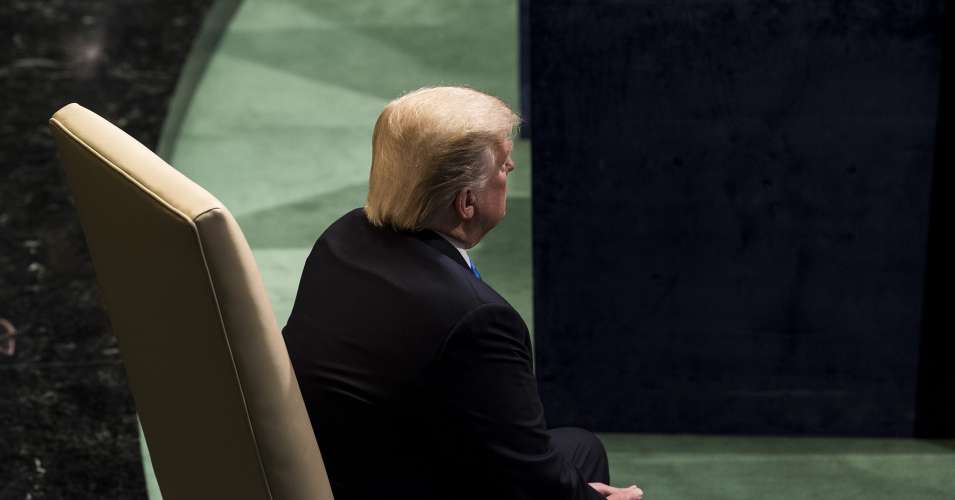 Borrowing a word that subjected President Donald Trump to ridicule during the 2016 campaign, an editorial in the Chinese newspaper People’s Daily warned that Trump’s threats of war with North Korea could “backfire bigly,” and quoted high-level Beijing officials who urged the U.S. to engage in dialogue with Kim Jong-un’s regime.

“Trump has repeatedly made clear his distaste for dialogue with and preference for military action against the DPRK,” wrote Curtis Stone. “But war on the Korean Peninsula would be catastrophic, and dialogue remains the best option.”

A spokesperson for the Chinese Ministry of Foreign Affairs also said the two parties should return to negotiations it held from 2003 to 2009 at the direction of the United Nations Security Council, resulting in a suspension of North Korea’s use of its plutonium-producing reactor.

“We hope that various parties can strictly observe and implement the U.N. Security Council resolutions, refrain from provoking each other and aggravating the contradiction, [and] exercise restraint and caution to ease the tension,” Hua Chunying said this week.

The editorial was released on the heels of Trump’s decision to send two strategic bombers over the Korea peninsula on Tuesday, and his latest tweets in which he said talks with North Korea have made “fools of U.S. negotiators” and “only one thing will work” to deter the isolated country from further nuclear proliferation and testing.

North Korean Foreign Minister Ri Yong Ho responded to the military flyover with a statement about Trump’s speech at the U.N. last month, in which he threatened to “totally destroy” the country of 25 million people.

“By his bellicose and insane statement in the U.N. arena, Trump―it can be said―lit the wick of the war against us. We need to settle the final score, only with a hail of fire, not words.”

China stressed that both sides need to acknowledge the other party’s viewpoint, rather than sowing discord by engaging in name-calling and threats.

“Only by addressing the legitimate security concern of various parties in a balanced manner can we truly open the door to peacefully resolving the Korean Peninsula nuclear issue. To this end, various parties need to show more sincerity, sit down at the negotiating table, enhance mutual trust through dialogue, and seek a viable way out for peaceful settlement of the Korean Peninsula nuclear issue through negotiation.”

In the U.S., Trump’s escalating and threatening rhetoric has caused anxiety among many. A poll released Wednesday by the Associated Press found that 65 percent of Americans think Trump’s rhetoric has made the situation worse, and 45 percent say he’s made it “much worse.” Only eight percent of respondents approved of his handling of tensions with North Korea.