“Silly Trump wants to use tax dollars to build on floodplains as sea level rises. Damp!” 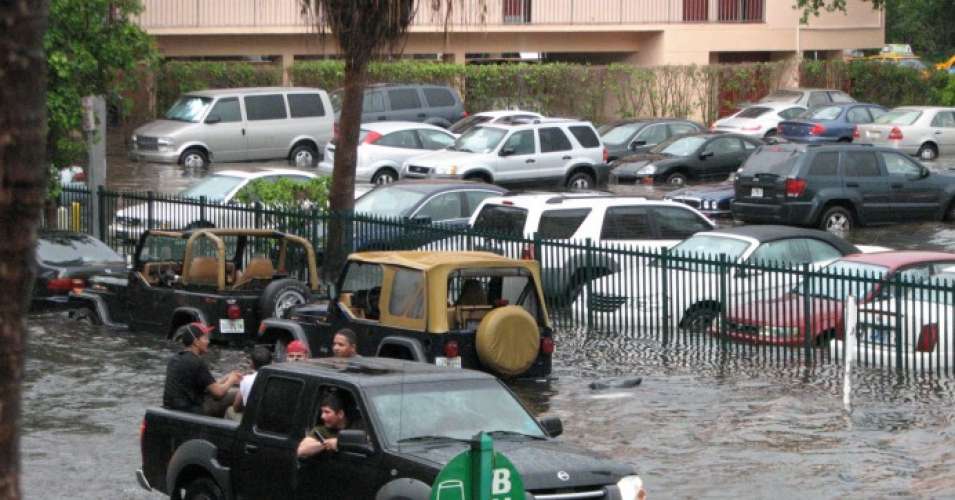 On Tuesday, President Donald Trump signed an executive order that reportedly eliminates flood-risk standards for federally funded public infrastructure projects—in a purported effort to expedite the approval process for projects such as highways and bridges, as part of his $1 trillion infrastructure plan that’s been criticized for its reliance on private developers.

Although details of Trump’s order were not immediately made public, at a press conference this afternoon, the president called U.S. infrastructure a “massive self-inflicted wound on our country,” and said there would no longer be “one job-killing delay after another.” END_OF_DOCUMENT_TOKEN_TO_BE_REPLACED