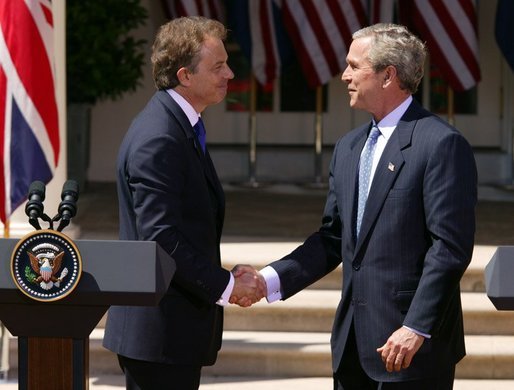 One year before the United States-led coalition invaded Iraq, then-UK Prime Minister Tony Blair told the administration of President George W. Bush that he would support military action in that country, according to a memo publicized Sunday by the Daily Mail.

The revelation “flies in the face of the Prime Minister’s public claims at the time that he was seeking a diplomatic solution to the crisis,” the Mail points out. “He told voters: ‘We’re not proposing military action’—in direct contrast to what the secret email now reveals.”

The document, written in March 2002 by ex-Secretary of State Colin Powell to Bush, was contained in a batch of secret emails held on the private server of Democratic presidential candidate Hillary Clinton.  END_OF_DOCUMENT_TOKEN_TO_BE_REPLACED