“Make no mistake about it: Extreme partisan gerrymandering is corruption. It’s a cancer on democracy. End it now!” 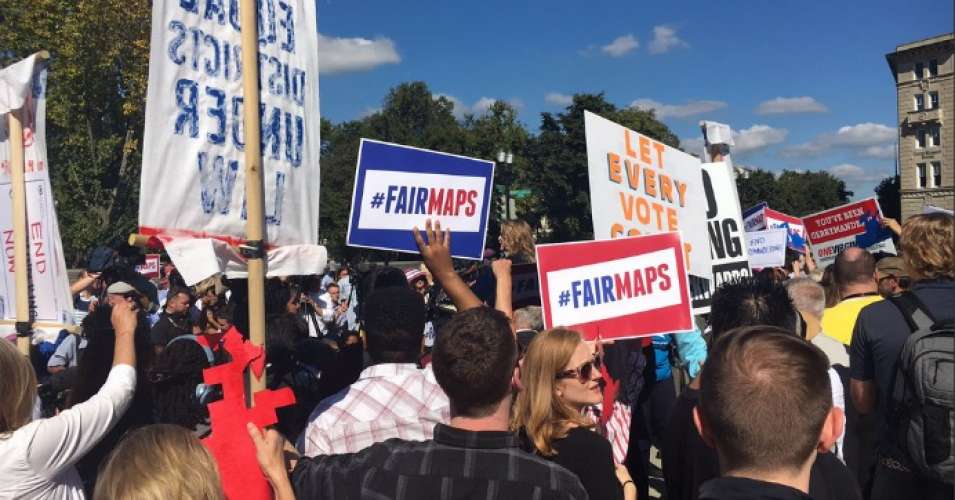 “Gerrymandering has no value in our democracy,” said Kristen Clarke, president of the Lawyers’ Committee on Civil and Human Rights. (Photo: Janai Nelson/Twitter)

Wielding signs that read “hands off our districts” and “you can pick your nose, but you can’t pick your voters,” hundreds of civil rights advocates, lawyers, and lawmakers rallied in the nation’s capital Tuesday as the Supreme Court heard arguments in a landmark redistricting case that poses “the most serious challenge to gerrymandering in modern times.”

The case under consideration—Gill v. Whitford—is the result of a lawsuit filed by Wisconsin voters and the Campaign Legal Center in 2015 alleging that Republican-drawn state district lines violated the rights of Democratic voters. In 2016, a federal court ruled in favor of the plaintiffs, arguing that the GOP’s district maps amounted to “an aggressive partisan gerrymander” and ordered the lines redrawn.  END_OF_DOCUMENT_TOKEN_TO_BE_REPLACED