Environmental volunteers and The Toronto Star uncover mercury contaminated soil around shuttered plant, amounting to ‘more than enough of a smoking gun to require a full investigation’ 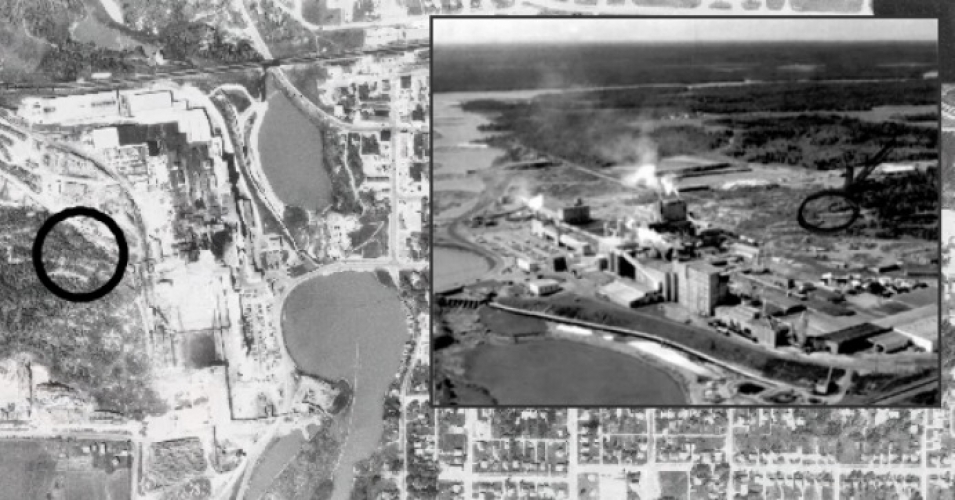 The angled photograph on the right shows an area he initially circled for the Star and where he believed the barrels were dumped. This circle drawn by Glowacki has been overlaid on an aerial map of the area from 1968. Aerial photo is from 1968. Archives of Ontario ref. RG 1-429-7. (Sources: Mapbox, Ministry of Natural Resources Aerial Photography at the Archives of Ontario, Map by William Davis)

An investigation by environmental volunteers and The Toronto Star has uncovered the “bombshell revelation” that soil surrounding an old paper mill is contaminated with mercury, amounting to what many are calling a “smoking gun” in the ongoing poisoning of the Grassy Narrows First Nation community.

The reporting, published Thursday, said that soil samples collected by volunteers from the organization Earthroots as well as The Star reporters were found to contain “hundreds of times the level of mercury found in a nearby uncontaminated site,” the organization said Friday. END_OF_DOCUMENT_TOKEN_TO_BE_REPLACED