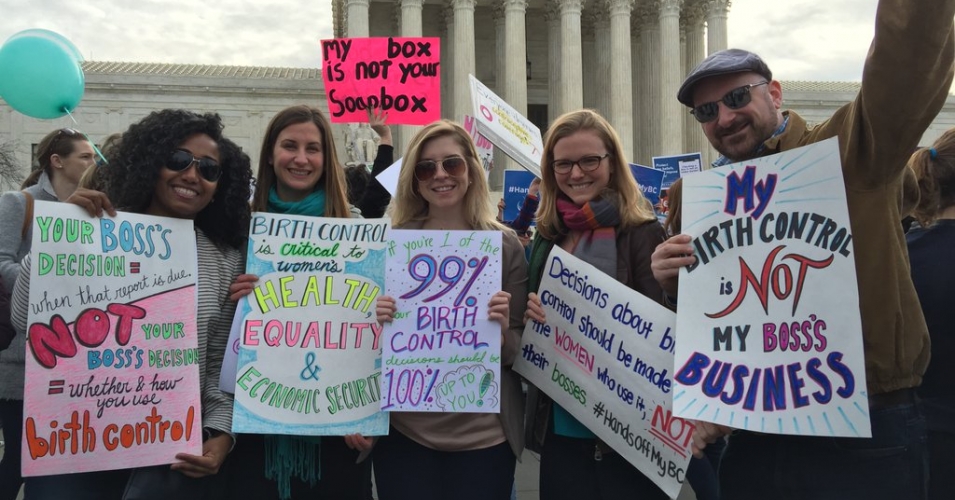 In a case reminiscent of Hobby Lobby’s successful suit that permitted the for-profit corporation to refuse its employees healthcare coverage for birth control, in Zubik v. Burwell religious organizations argue that allowing their female employees to access birth control—even birth control provided by a third party—violates their religious rights. END_OF_DOCUMENT_TOKEN_TO_BE_REPLACED 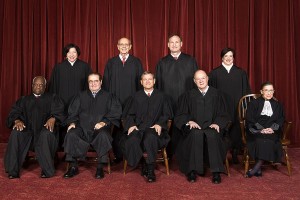 Photo By Steve Petteway, Collection of the Supreme Court of the United States (Roberts Court (2010-) – The Oyez Project) [Public domain], via Wikimedia Commons

It will be the end of June before women in America know if their personal religious freedom and right to health care is subject to the religious beliefs of their employer. That is when the Supreme Court will deliver a decision in the Hobby Lobby and Conestoga cases heard this last week, to allow employers to be exempt for coverage of certain contraceptives in ACA if they disagree on religious grounds.

SCOTUS is hearing this case in part because of the recent war on women. We’ve covered that issue, and will continue to do so. They are also hearing this case because of the conflicts created by the Citizens United decision, determining that corporations are individuals. There are few Americans born with umbilical cords attached that agree with this “opinion.” 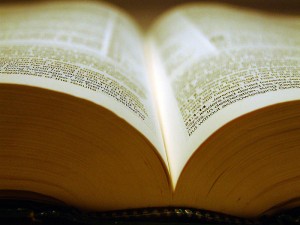 The Hobby Lobby case exists because business owners believe their religious freedom is more important than any of their female employees. They apparently also believe that women are not intelligent enough to know the difference between emergency contraception, planned birth control and additional medical benefits from certain birth controls for other medical conditions. They seem to believe that women of faith are not strong enough in that faith to know their expected behavior and therefore need legislation to protect them from this weakness.

In an in-depth article published February 20, 2014, from Salon titled How the religious right is interfering in medicine and putting patients in danger, writer Valerie Tarico, Alternet, states “…in order to maintain their privilege in the healthcare system, Churches and Religious corporations fight legal battles that undermine human rights in society at large. They have argued that the conscience rights of institutions and corporations should be able to trump individual conscience. They have challenged anti-discrimination laws, and won, effectively establishing legal precedent that freedom from discrimination is not a constitutional right. They have argued that they should be exempt from labor organizing because giving workers the right to organize impinges on their sovereignty. Driven by dogma, lawyers find circuitous arguments and judges uphold “rights” that under any other light would look patently immoral.” 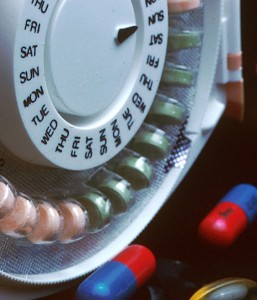 Setting apart all arguments in the Hobby Lobby and war on women perspectives, I can’t help but ask more questions about the discussion of religious freedom in general. I’m quite confidant there would be an uproar if a religion believed that public beheading was the correct form of punishment for any and all crime. The point here is simple: Whose religion has priority if the views are not the same?

The Constitution’s First Amendment states that “Congress shall make no law respecting an establishment of religion, or prohibiting the free exercise thereof; or abridging the freedom of speech, or of the press; or the right of the people peaceably to assemble, and to petition the government for a redress of grievances.”

In this case, application of the First Amendment is almost too simple, which is also why it has reached this level in appeals. “Respecting an establishment of religion” means that to rule in favor of Hobby Lobby is to declare that respect to the religion of the business is established OVER the rights of the employees of that business. There are 300 recognized religious organizations in America. If all religious viewpoints were the same, would we need this many? Whose religious views are allowed to over rule others?  “Or prohibiting the free exercise thereof;” means that the business owner’s rights are not prohibited unless they personally are forced to do something in direct violation of their religious beliefs. They personally are not required to pay for the things they are objecting to nor are they required to use any form of birth control method they object to; they simply want to deny that coverage to the 15,000 plus employees they have in 600 stores across 41 states because they want those employees to be forced to live under their religious standards. 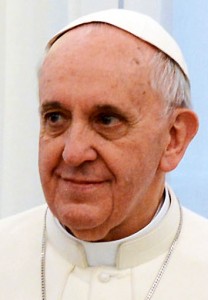 It is amazing to me that there is no discussion about the religious freedoms of women who have been paying into insurance plans for years that have no restrictions on covering MEN’S reproductive health. Example: We were never asked how we felt about paying for impotence drugs, which in some religious views could be God’s way of saying the impotent person should stop procreating. If the argument is that it is for purposes other than procreation, is not that the argument used against women having the same coverage for reproductive health? Is this a double standard applied by the men who would not allow women to testify to the committees deciding these policies? Are these the same men that have a demonstrated lack of basic understanding of the facts and medical truths related to women’s health?

Another aspect that the bulk of commentators ignore is of the rights of individuals who choose freedom from religion, such as atheists. Contrary to the image that is extolled from clergy and religious groups, most atheists I have met are people that believe their destiny and life are theirs, not controlled or created through divine powers. They are committed to living in societies that treat people with dignity and respect, and strive to make the world a better place for all. These types of rulings discount their rights as Americans by having the Supreme Court decide that religious freedoms are established over that of non-religious human rights.

What happens when religious sects are allowed to influence governmental policy? Egypt comes to mind as a prime example. A leader of a religious sect was elected as President. It was not until the extreme policies of the Muslim Brotherhood were enacted on the people that the group was identified as terrorist and taken from power. Do we need that to happen in the United States before the foresight of our founding fathers is fully understood?

“Congress shall make no law respecting an establishment of religion,
or prohibiting the free exercise thereof…”

So how will SCOTUS rule? In 1990, Chief Justice Antonin Scalia wrote “We have never held that an individual’s religious beliefs [p879] excuse him from compliance with an otherwise valid law prohibiting conduct that the State is free to regulate. On the contrary, the record of more than a century of our free exercise jurisprudence contradicts that proposition. As described succinctly by Justice Frankfurter in Minersville School Dist. Bd. of Educ. v. Gobitis, 310 U.S. 586, 594-595 (1940): Conscientious scruples have not, in the course of the long struggle for religious toleration, relieved the individual from obedience to a general law not aimed at the promotion or restriction of religious beliefs. The mere possession of religious convictions which contradict the relevant concerns of a political society does not relieve the citizen from the discharge of political responsibilities.” (Cornell University Law School, Legal Information Institute.)

That was then. This is now. If we are to believe the Supreme Court rules based on law rather than personal opinion, there would be no question on how they will decide. The fact that this case is even being heard by the Supreme Court is proof of something I did not want to see.