The Air Force’s steps to prepare nuke-armed bombers to “take off at a moment’s notice” are unnecessary and reckless, critics said 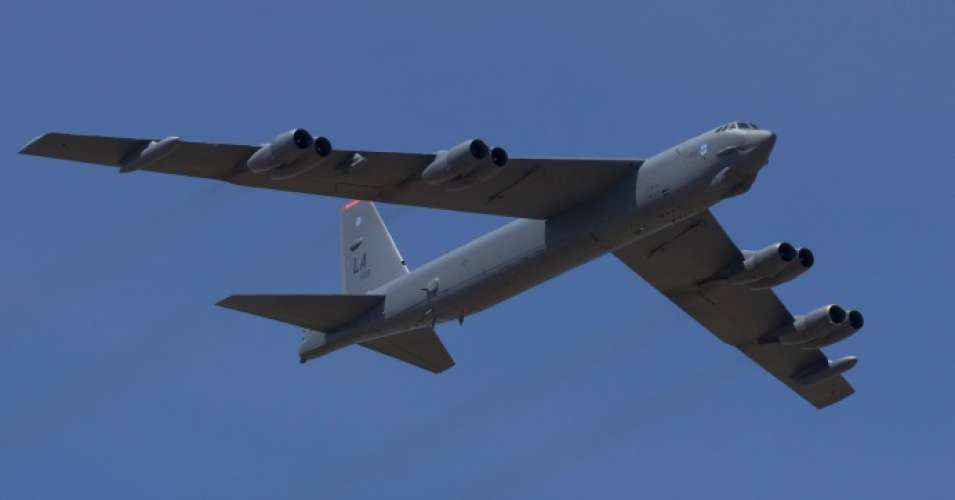 Putting B-52s back on 24-hour alert “would precipitously raise the risk of accidents, strain an aging force, and ensure a destabilizing Russian response,” concluded Adam Mount of the Federation of American Scientists. (Photo: Wilson Hui/Flickr/cc)

As President Donald Trump continues to ratchet up tensions between the United States and North Korea through saber-rattling on Twitter and in television interviews, the U.S. has quietly begun preparing to put nuclear-armed B-52 bombers on “24-hour ready alert,” a status not seen since the end of the Cold War.

“You would be shocked to see how totally prepared we are if we need to be,” Trump said in an interview on the Fox Business Network on Sunday, adding to fears of imminent nuclear conflict.

Adam Mount, a senior fellow at the Federation of American Scientists, highlighted the fact that the U.S. already keeps hundreds of nuclear warheads on alert at all times. Putting B-52s back on 24-hour alert, Mount concluded, “would precipitously raise the risk of accidents, strain an aging force, and ensure a destabilizing Russian response.”

Marcus Weisgerber of Defense One, who first reported on the Air Force’s preparations on Sunday, noted that with the steps the Trump administration has set into motion, “the long-dormant concrete pads” at Barksdale Air Force base in Louisiana “could once again find several B-52s parked on them, laden with nuclear weapons and set to take off at a moment’s notice.”

Putting the B-52s back on alert is just one of many decisions facing the Air Force as the U.S. military responds to a changing geopolitical environment that includes North Korea’s rapidly advancing nuclear arsenal, President Trump’s confrontational approach to Pyongyang, and Russia’s increasingly potent and active armed forces.

Already, various improvements have been made to prepare Barksdale—home to the 2d Bomb Wing and Air Force Global Strike Command, which oversees the service’s nuclear forces—to return B-52s to an alert posture. Near the alert pads, an old concrete building—where B-52 crews during the Cold War would sleep, ready to run to their aircraft and take off at a moment’s notice—is being renovated.

In addition to the renovations currently underway at existing facilities, Defense One reports that “Barksdale and other bases with nuclear bombers are preparing to build storage facilities for a new nuclear cruise missile that is under development.”

The Air Force’s preparations for a possible nuclear conflict come shortly after the U.S. and South Korea completed joint war games off the Korean Peninsula. North Korea responded to the exercises by claiming that “nuclear war can break out at any moment.”