Government spying can be an ‘effective way to chill protest movements,’ warns Center for Constutitonal Rights 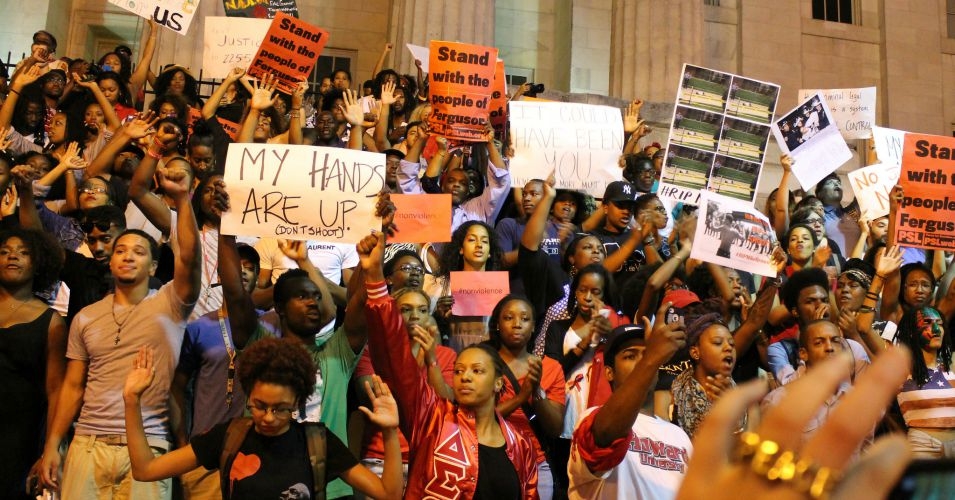 Documents released to The Intercept by the Department of Homeland Security show that the federal agency monitored National Moment of Silence protests like the one pictured above, in Washington, D.C. (Photo: Elvert Barnes/flickr/cc)

Participants in Black Lives Matter protests have marked an all-too-common rite of passage for social justice movements in the U.S.—they’ve been systematically spied on by the federal government.

According to exclusive reporting from The Intercept published Friday afternoon, the U.S. Department of Homeland Security (DHS) has been monitoring and collecting data on the two-year-old movement since protests against racism and police brutality erupted in Ferguson, Missouri last summer.

The revelations are based on an analysis of hundreds of documents obtained by The Intercept through a Freedom of Information Act request. As journalist George Joseph reports, the cache of documents “indicate that the department frequently collects information, including location data, on Black Lives Matter activities from public social media accounts, including on Facebook, Twitter, and Vine, even for events expected to be peaceful. The reports confirm social media surveillance of the protest movement and ostensibly related events in the cities of Ferguson, Baltimore, Washington, DC, and New York.”

The documents—which Joseph notes “may well represent a small fraction of state surveillance against Black Lives Matter”—show that in some cases, DHS produced minute-by-minute reports on protesters’ movements in demonstrations and in other cases “planned  surveillance of…seemingly innocuous events, two of which were associated with historically black neighborhoods.”

The tracking of domestic protest groups and peaceful gatherings raises questions over whether DHS is chilling the exercise of First Amendment rights, and over whether the department, created in large part to combat terrorism, has allowed its mission to creep beyond the bounds of useful security activities as its annual budget has grown beyond $60 billion.

For its part, DHS told The Intercept in an email that “the DHS National Operations Center statutory authority…is limited to providing situational awareness and establishing a common operating picture for the federal government, and for state, local, tribal governments as appropriate, in the event of a natural disaster, act of terrorism, or other man-made disaster.”

But Baher Azmy, a legal director at the Center for Constitutional Rights, countered that the concept of “providing situational awareness” is problematic in and of itself.

“What they call situational awareness is Orwellian speak for watching and intimidation,” Azmy told The Intercept. “Over time there’s a serious harm to the associational rights of the protesters and it’s an effective way to chill protest movements. The average person would be less likely to go to a Black Lives Matter protest if the government is monitoring social media, Facebook, and their movements.”

As Raven Rakia, a journalist who investigates state surveillance and policing, pointed out to The Intercept, Friday’s revelations fall into the government’s well-documented pattern of spying on and suppressing black social movements and groups. “There’s a long history of the federal agencies, especially the FBI, seeing black resistance organizations as a threat to national security,” Rakia said.

However, neither government surveillance nor the overt repression widely reported in the media seems to have deterred the strengthening movement, which will gather for its first ever national convergence this weekend in Cleveland.