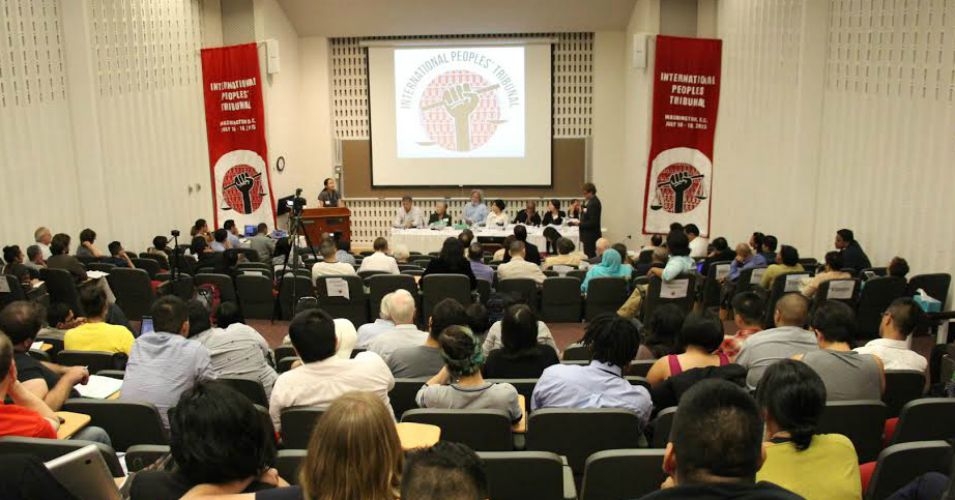 The United States and Philippine governments are collaborating on the mass violation of human rights and self-determination in the southeast Asian country—inflicting torture, disappearances, and extrajudicial killings through the so-called War on Terror—witnesses and survivors testified Thursday during the Washington, D.C. kickoff of a grassroots International People’s Tribunal.I

Organized by numerous groups, including a global network called the International Coalition for Human Rights in the Philippines, the historic tribunal has assembled a jury of lawyers, scholars, ministers, and rights campaigners—and enlisted prominent attorney, activist, and former government official Ramsey Clark as their lead prosecutor.

Those gathered for the emotionally-charged testimony demanded that the administrations of Philippine President Benigno Aquino III and U.S. President Barack Obama answer for their atrocities. END_OF_DOCUMENT_TOKEN_TO_BE_REPLACED