The Internet of Things applies unique identifiers to objects, people to be followed, and provides large amounts of data on all aspects of an individual’s movements and activities based on the surveillance equipment used. 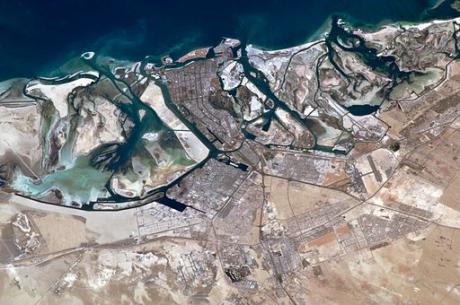 Astronaut photo of Abu Dhabi on the Persian Gulf, taken from the International Space Station, 2011. Photo: NASA via Wikimedia Commons

Authorities in Abu Dhabi announced on Wednesday the launch of an emirate-wide surveillance system, which Middle East Eye previously revealed was installed by an Israeli-owned security company.

The Abu Dhabi Monitoring and Control Centre (ADMCC) said the new Falcon Eye surveillance system “links thousands of cameras spread across the city, as well as thousands of other cameras installed at facilities and buildings in the emirate”. END_OF_DOCUMENT_TOKEN_TO_BE_REPLACED