“I think the Acosta incident is… a symbol of an attempt to discredit not only CNN but the entire press corps.” 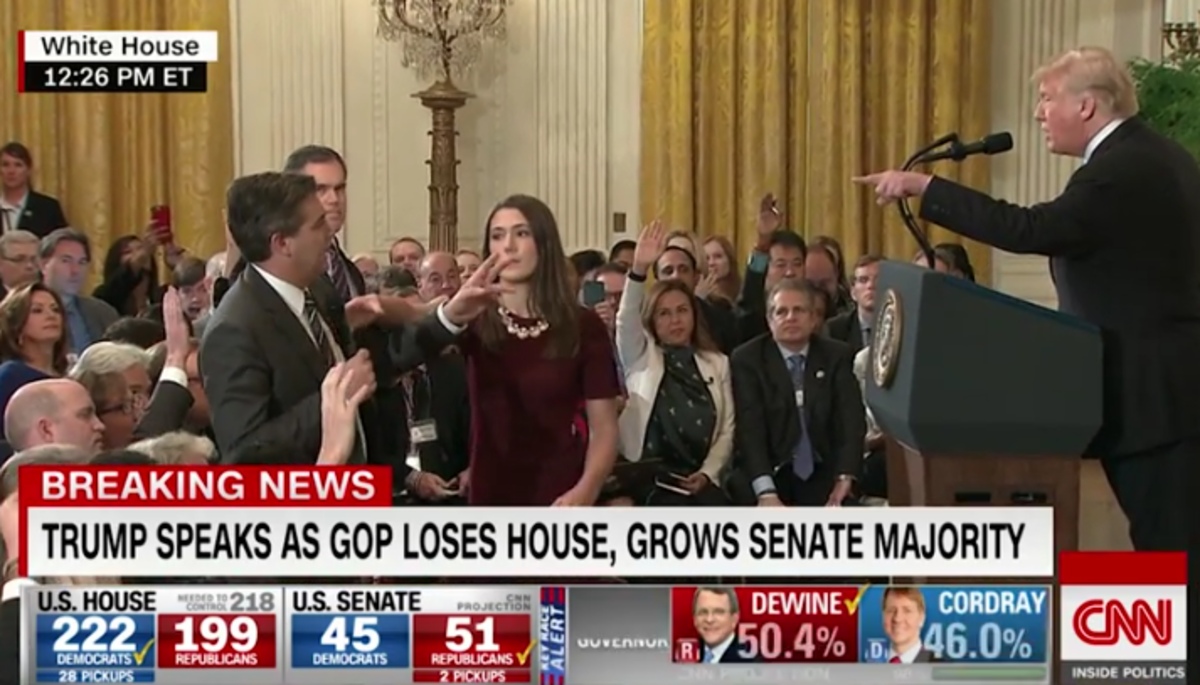 Speaking from his years of experience being pursued by the Obama Justice Department for simply practicing journalism and refusing to reveal his confidential sources, Intercept reporter James Risen told The Hill on Monday that President Donald Trump is building on his predecessor’s war on the free press by “demagoguing” the media “in a way we haven’t seen in modern American history.”

“Obama tried to put me in jail for seven years… A lot of conservatives try to point to me as an example of Obama on press freedom and I fully agree with the view that he had a terrible record on press freedom,” Risen said. “The difference with Trump is that he is demagoguing the issue in a way we haven’t seen in modern American history.” END_OF_DOCUMENT_TOKEN_TO_BE_REPLACED

“It is imperative that independent journalists have access to the President and his activities, and that journalists are not barred for arbitrary reasons,” over a dozen news organizations state

President Donald Trump gets into an exchange with Jim Acosta of CNN after giving remarks a day after the midterm elections on November 7, 2018 in the East Room of the White House in Washington, D.C. Screenshot: CNN

The ACLU fired off a reminder Wednesday that the “White House belongs to the people, not the president” after the Trump administration asserted in a legal filing that the president has “broad discretion” to bar reporters from press briefings.

“No journalist has a First Amendment right to enter the White House,” Justice Department lawyers argued in a 28-page filing in response to CNN’s lawsuit against the administration for revoking the “hard pass” of the network’s chief White House correspondent, Jim Acosta, last week. END_OF_DOCUMENT_TOKEN_TO_BE_REPLACED 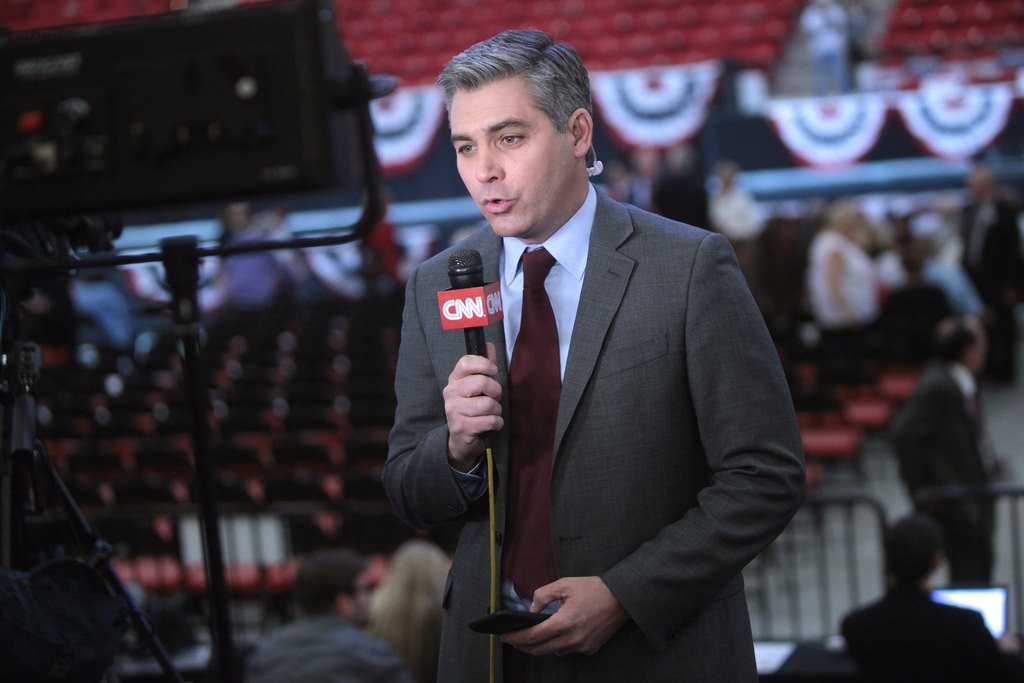 END_OF_DOCUMENT_TOKEN_TO_BE_REPLACED

“Increasingly, Trump supporters are demonstrating just how aligned they are with his view that the political press is the enemy of the people.” 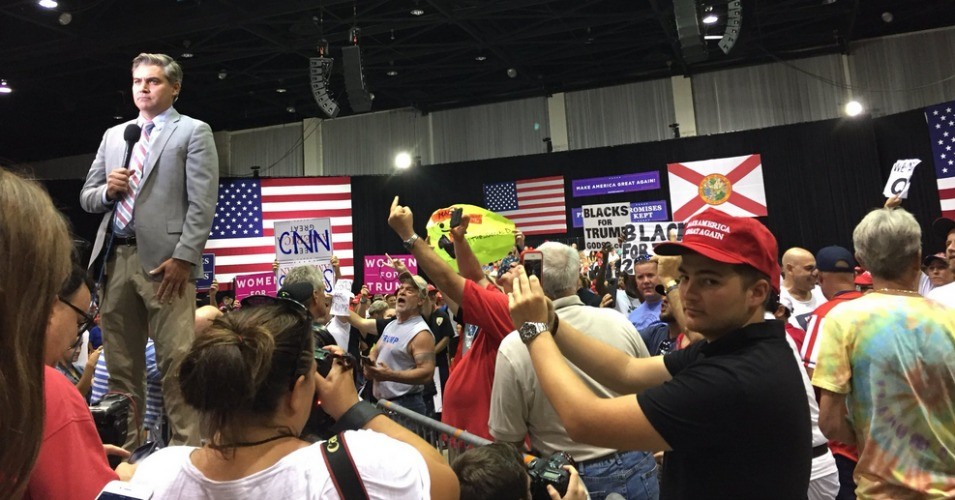 At a press briefing on Wednesday, the White House offered a defense of President Donald Trump’s implicit endorsement of anti-press vitriol that was on display at his rally in Tampa, Florida the previous evening, when several Trump supporters heckled CNN reporter Jim Acosta.

When asked whether or not it is wrong for the president’s “most vocal supporters to be menacing towards journalists,” Press Secretary Sarah Huckabee Sanders assured reporters that the president supports a free press, while appearing to suggest that Acosta and other journalists may be deserving of mistreatment. END_OF_DOCUMENT_TOKEN_TO_BE_REPLACED