While some have called the West Virginia teachers’ strike “the most important story in the country right now,” MSNBC and other outlets have almost completely ignored it. 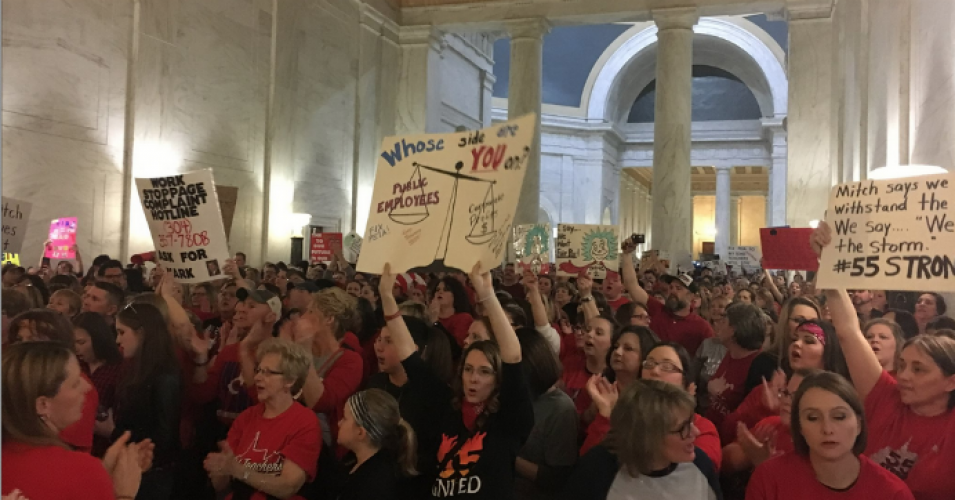 As the demonstrations raged on in the state capitol, West Virginia lawmakers voted against bringing a teacher pay raise bill to the Senate floor for immediate consideration, the Charleston Gazette-Mail reported on Friday. (Photo: Jacobin/Twitter)

Though you may not know it from the corporate media’s coverage—or lack thereof—West Virginia teachers are still striking in an effort to win both a pay raise and a permanent fix to their soaring health insurance premiums, and on Friday they voted to occupy the state capitol until their demands are met.