“True, our planet is being wrecked by climate change, but at least Scott Pruitt got good seats to a basketball game.” 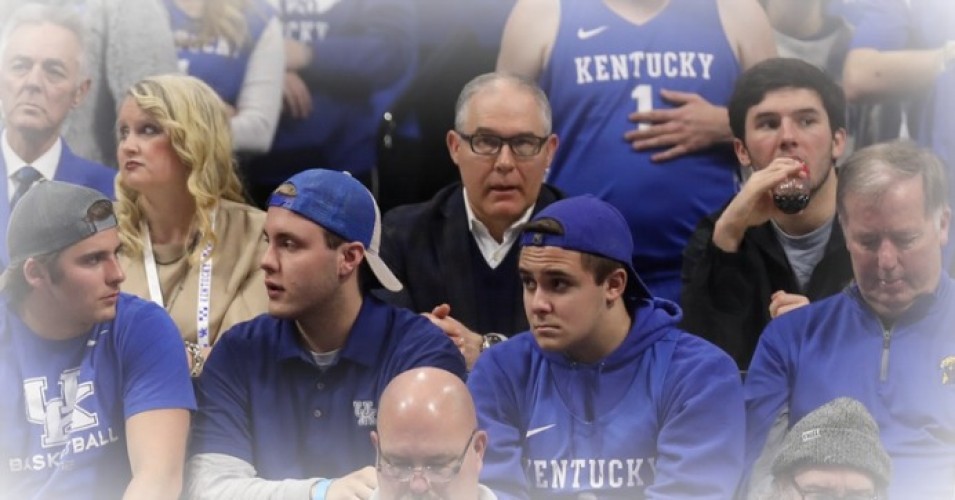 At the University of Kentucky, Mr. Pruitt attended one of the biggest games of the season last December, sitting in seats belonging to Mr. Craft. (Photo: Michael Huang/with overlay)

Trump’s EPA chief Scott Pruitt is once more facing accusations of bald-faced corruption and ethics violations after the New York Times reported that he and his son enjoyed a courtside experience at a high-profile college basketball game last year—sitting in the VIP seats of a billionaire coal company executive Joseph W. Craft III who was actively lobbying the Trump administration to loosen restrictions on the industry.

“Because his seat was so close to the court, he was visible during the telecast,” the Times reports. “A video clip on Twitter and Instagram showed Mr. Pruitt and his college-age son, Cade, standing in the players’ entrance as the team walked to the court.” END_OF_DOCUMENT_TOKEN_TO_BE_REPLACED