“Do you know who the #2018FarmBill would hurt? Well, just on the short list are: Women, veterans, children, people with disabilities, workers, and seniors” 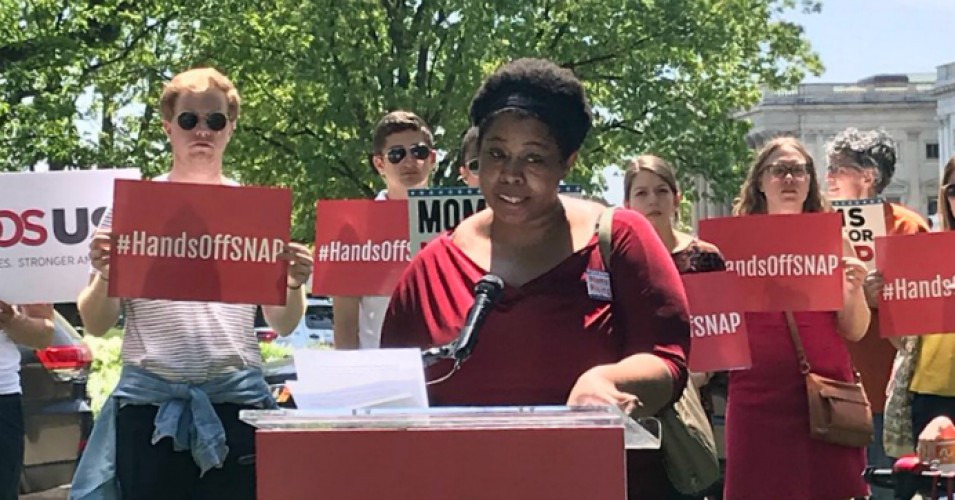 “Right now I need SNAP to get by,” Tina Keys, a mother from Washington, explained at a #HandsOffSnap rally outsite the Captiol on May 8. (Photo: @TalkPoverty/Twitter)

“Trump is expected to tell senior lawmakers in a meeting this week that he will veto the farm bill if it doesn’t include tighter work requirements for people receiving food stamps,” two people familiar with the president’s deliberations told the Wall Street Journal. END_OF_DOCUMENT_TOKEN_TO_BE_REPLACED