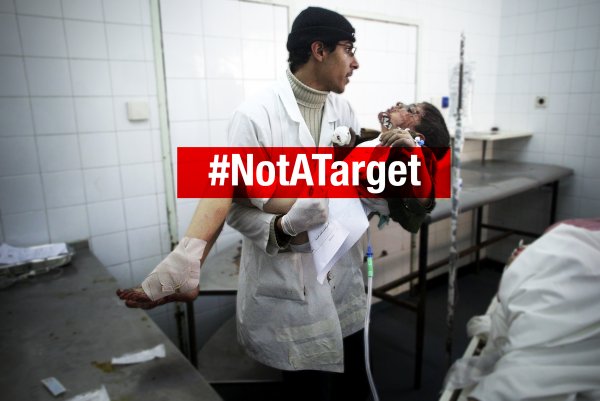 His uncle was among the 42 people killed in the October 3, 2015 strike. END_OF_DOCUMENT_TOKEN_TO_BE_REPLACED 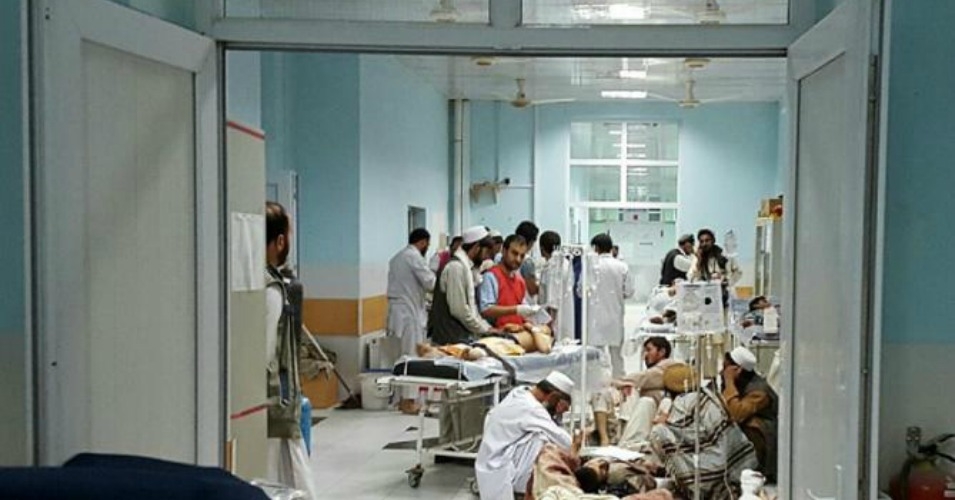 The Department of Defense announced late Wednesday it would issue “administrative punishments” against 12 service members responsible for the disastrous bombing that resulted in the deaths of 42 patients and staff—but would not file any criminal charges. END_OF_DOCUMENT_TOKEN_TO_BE_REPLACED 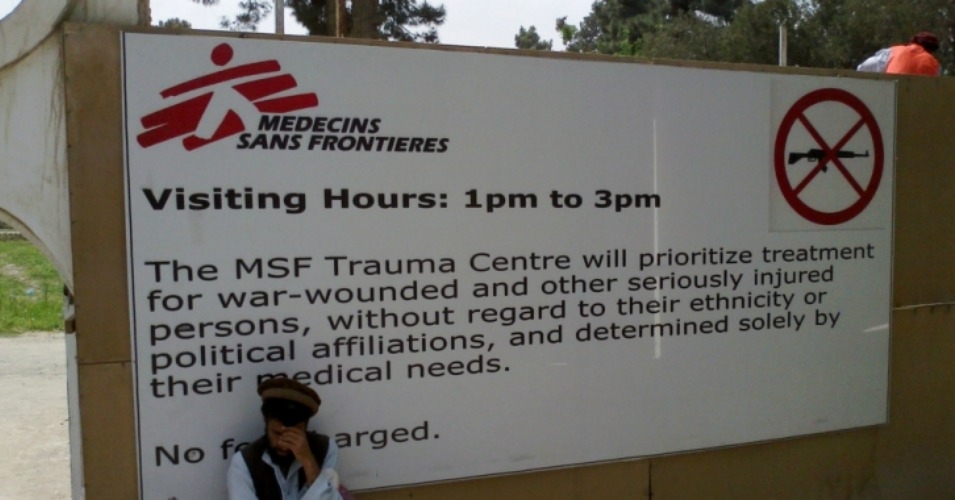 “The attack on the MSF hospital in Kunduz involved possible war crimes,” said the advocacy group’s Washington director Sarah Margon. “The ongoing U.S. inquiry will not be credible unless it considers criminal liability and is protected from improper command influence.” END_OF_DOCUMENT_TOKEN_TO_BE_REPLACED 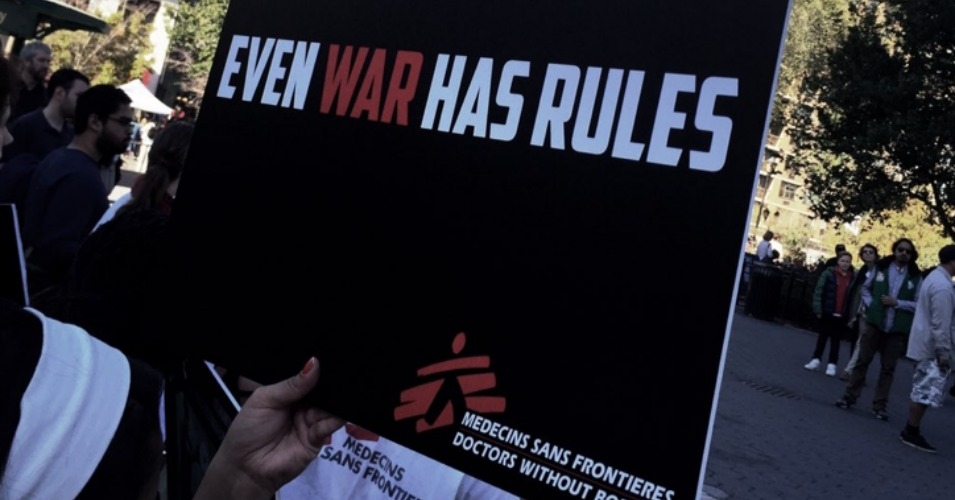 Doctors Without Borders/Médecins Sans Frontières (MSF)delivered over 540,000 signatures on Wednesday to the White House echoing the organization’s call for an independent investigation. (Photo: MSF-USA/ Twitter)

Wearing white lab coats, workers with the international humanitarian organization Doctors Without Borders and their supporters on Wednesday delivered boxes and boxes of petitions to the White House gates bearing the signatures of more than half a million people who are reiterating the call: “Even war has rules.”

In the more than two months since the U.S. military bombing of a Doctors Without Borders/Médecins Sans Frontières (MSF) hospital in Kunduz, Afghanistan, the Obama administration has thus far refused to respond to the medical charity’s demand for an independent investigation.  END_OF_DOCUMENT_TOKEN_TO_BE_REPLACED 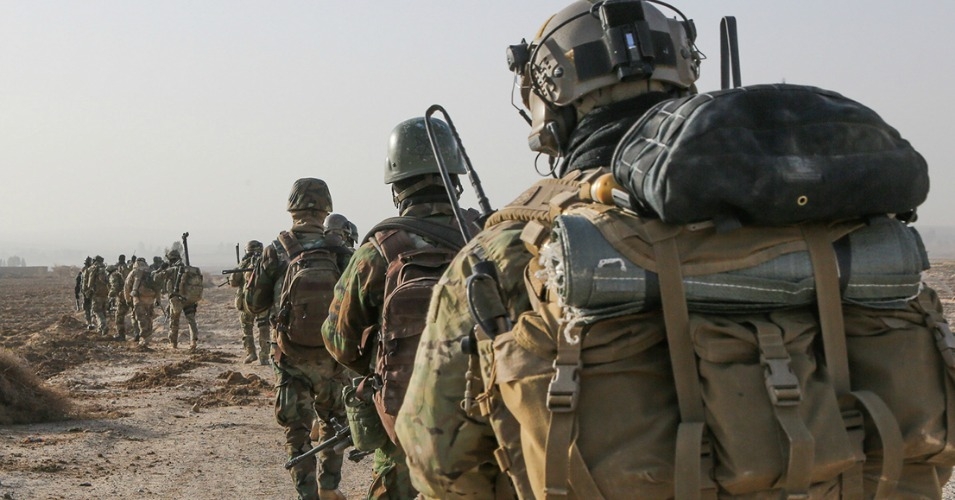 “The Pentagon said on Saturday that it would make ‘condolence payments’ to the survivors of the American airstrike earlier this month on a hospital run by Doctors Without Borders in Kunduz, Afghanistan, as well as to the next of kin of those who died in the attack.”

Such a small piece of news, reported a few days ago by the New York Times. I’m not sure if anything could make me feel more ashamed of being an American.

Turns out the basic payout for a dead civilian in one of our war zones is . . . brace yourself . . . $2,500. That’s the sum we’ve been quietly doling out for quite a few years now. Conscience money. It’s remarkably cheap, considering that the bombs that took them out may have cost, oh, half a million dollars each. END_OF_DOCUMENT_TOKEN_TO_BE_REPLACED