What We the People lost when the Constitution gave monarchical power to a small band of unelected people in robes. 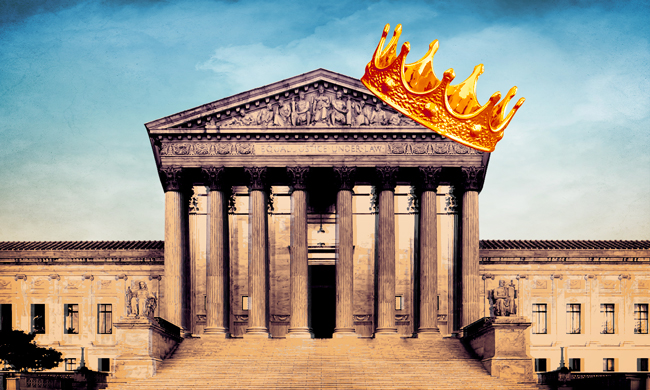 President-elect Trump promises to appoint a hard-right conservative to the U.S. Supreme Court, dashing progressive hopes for a liberal court in the foreseeable future. And he may well be appointing at least one other justice.

Progressives are panic-stricken. Conservatives are euphoric. But, regardless of where you fall on the political spectrum, one thing is certain: The repercussions of the Supreme Court overturning decisions such as Roe v. Wade and Obergefell v. Hodges will be palpable, affecting millions of lives.

How did one body of government obtain so much power? END_OF_DOCUMENT_TOKEN_TO_BE_REPLACED