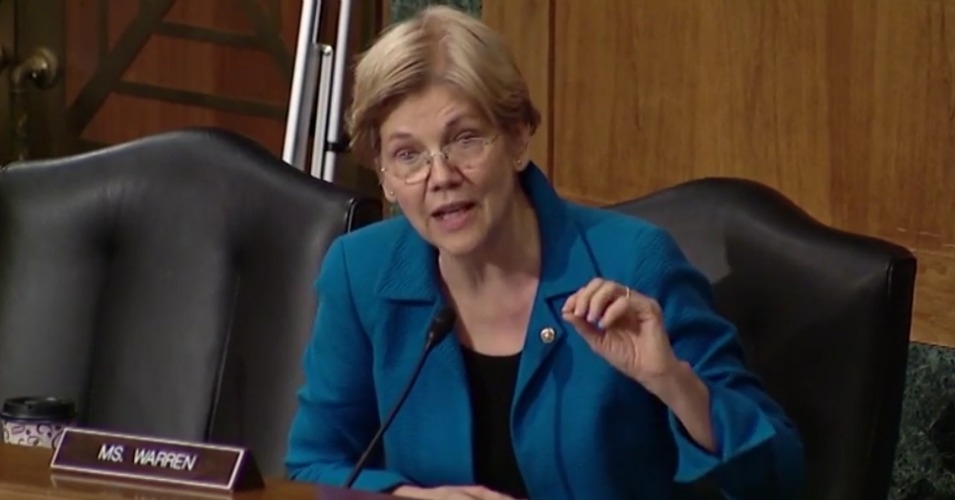 “My question is, given your track record at the Fed, why should anyone take you seriously now?” Sen. Elizabeth Warren asked former Federal Reserve official Leonard Chanin on Tuesday. (Photo: Screenshot)

At a Senate Banking Committee hearing on Tuesday—which was described as “little more than another attempt to rail against Wall Street regulation”—U.S. Sen. Elizabeth Warren spent seven minutes tearing into former Federal Reserve deputy director Leonard Chanin, a man she said “might have one of the worst track records in history on this issue.”

The hearing, Warren said on her Facebook page, was called by Republicans “to talk about why we should roll back the rules on mortgages and credit cards because they’re just too costly for the banks.” END_OF_DOCUMENT_TOKEN_TO_BE_REPLACED