Lesbia Yaneth Urquía Urquía, a compatriot of two other recently murdered campaigners, was found dead beside a municipal landfill on Wednesday 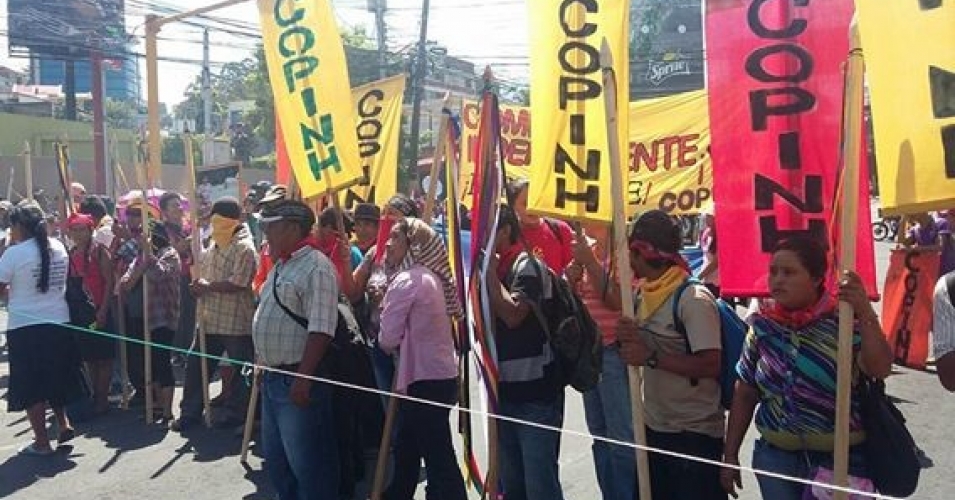 Members of COPINH hold a rally in Honduras during an international day of action for Berta Cáceres in June. (Photo: COPINH)

Another Indigenous environmental activist has been killed in Honduras, teleSUR reports.

The activist, identified as Lesbia Yaneth Urquía Urquía, was abducted and found dead near a municipal dump with severe head trauma on Wednesday.

Urquía was a member of the Council of Popular and Indigenous Organizations of Honduras (COPINH), the Indigenous rights group founded by slain activist Berta Cáceres. Urquía “fought against the building of hydroelectric power plants on Indigenous land,” according to teleSUR. END_OF_DOCUMENT_TOKEN_TO_BE_REPLACED