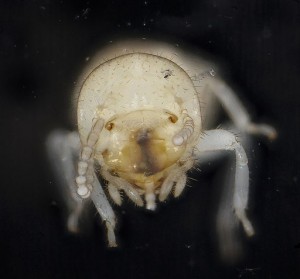 Basic education in America includes lessons in civics: specifically the formation, purpose and operation of the government. We are taught that our Constitution provides for three branches of government to serve as a system a checks and balances so that one ideology or platform does not have dominance over all others; so that unjust laws can be changed; so that the people have redress for their grievances.

The three branches, executive, legislative and judicial, are designed to provide stability to the democracy of the nation, much as a 3-legged stool provides more stability than a stool of two or four legs. This is what children are taught across the country, unquestionably one of the most expected lessons they will learn during their education. It becomes part of the “religion” of being American to understand this function in its design and purpose.

America has seen this stool become weak. It is being attacked by termites. Piece by piece, we are watching the deterioration of our solid stool, and with it goes the faith in our country and our patriotism as a collective.

What are the termites, you ask? The influx of money within all three branches has caused a deeper polarization of the divides between and within political parties, elected officials and even filtering down to large sections of our populace.

Examples can be clearly seen in any news account. Listen to the rhetoric of protesters on the southern border. Compare Secretary of State John Kerry’s remarks about how Israel is justified in their actions while the international community is horrified at the deaths of over 90 children and the injuring of more than 600 additional innocent kids within the Gaza Strip. Consider SCOTUS rulings that first, through Citizens United and then through Hobby Lobby, have shown the court to be biased and irresponsible in the application of their duties.

And then we can talk about the austerity measures being brought about through a do-nothing congress, state houses that reward corporations while citizens go without clean, running water and/or electricity and a tightening of the food assistance programs around the waists of the nation’s children. We are privatizing schools, police forces, city administrations and hospitals in such a way that we no longer can offer reasonable protections to the most vulnerable of our country’s population.

If there is one way to strike fear in the heart of any homeowner, it is to tell them their house is infested with termites. The response will be immediate, the cost will not be prohibitive, and the results will be expected or the process will be repeated.

Why is our country not worth the same protection?