‘This deal will not deter future corporate wrongdoers, it will not hold GM accountable, and it sets back the demand for justice by the family members of victims of GM’s horrible actions.’—Robert Weissman, Public Citizen 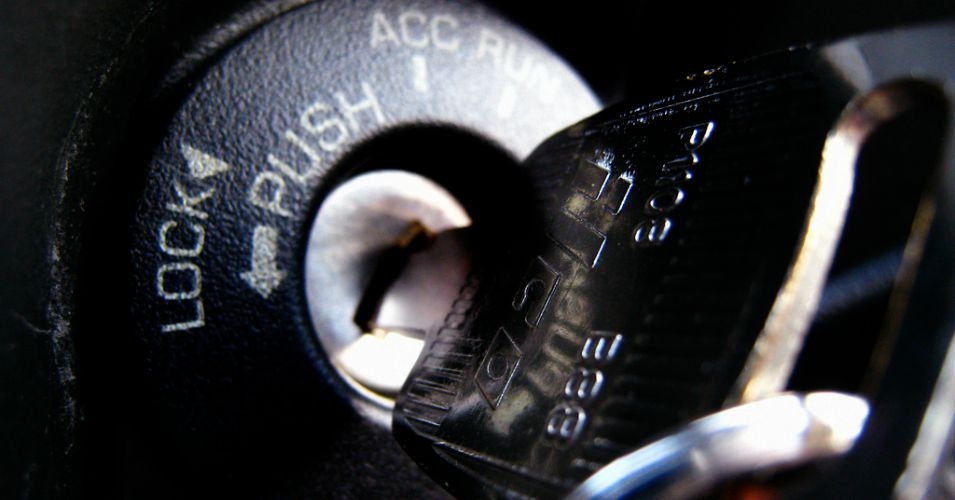 “A GM engineer knew about the fatal defect even before the first car rolled off the line,” stated law professor Rena Steinzor. And then “GM lawyers conspired to delay the recall.” (Photo: Bill Selak/flickr/cc)

The $900 million settlement General Motors reached with the Justice Department over its defective ignition switches is being criticized as “unconscionable” for holding no executives criminally accountable for actions that lead to the deaths of over 100 people.

Reuters sums up the settlement:

GM admitted to failing to disclose to its U.S. regulator and the public a potentially lethal safety defect with the switches that kept airbags from deploying in some vehicles.

The largest U.S. automaker also admitted to misleading consumers about the safety of vehicles affected by the defect.

GM was criminally charged with scheming to conceal a deadly safety defect from its U.S. regulator, as well as wire fraud.

Under a three-year deferred prosecution agreement, GM must hire an independent monitor to oversee its safety practices, including its ability to fix defects and handle recalls.

The statement of facts to which the company agreed describes in scathing terms GM’s deceitful and dismissive approach to handling a problem that was evident even before the defective switch went into production in 2002.

Danielle Ivory reports at the New York Times that the settlement “is, in effect, corporation probation.”

“This settlement is shamefully weak,” stated Rena Steinzor, a professor of law at the University of Maryland, and author of Why Not Jail? Industrial Catastrophes, Corporate Malfeasance, and Government Inaction.

“A GM engineer knew about the fatal defect even before the first car rolled off the line. He secretly changed the part in 2005 but left hundreds of thousands of cars on the road with the bad switch. GM lawyers conspired to delay the recall. Much harsher penalties and individual prosecutions are warranted. The deferred prosecution is a toothless way of approaching a very serious problem,” Steinzor said.

Robert Weissman, president of the watchdog organization Public Citizen, lambasted the deal, stating Thursday, “Shame on the Department of Justice and shame on its prosecutors.”

“This deal will not deter future corporate wrongdoers, it will not hold GM accountable, and it sets back the demand for justice by the family members of victims of GM’s horrible actions,” Weissman continued.

“It is unconscionable that a giant corporation can conceal information about deadly safety defects for a decade, be responsible for the deaths of more than 100 people as a result and escape any criminal liability based only on a corporate fine and a promise not to do wrong again in the future,” he said. “It is equally unconscionable that none of the executives inside General Motors responsible for this disaster are going to be held criminally accountable, as now appears to be the case.”

Consumer advocate Ralph Nader similarly criticized the settlement, stating Thursday that “the exoneration of all GM personnel gives new meaning to the surrender of federal law enforcement that remains impervious to the preventable hundreds of thousands of deaths and injuries resulting from documented corporate criminal negligence or outright criminality throughout our country every year.”

No, the cause of this tragedy is an economic system that places profit above everything else, including—and especially—human life. GM has a legal and fiduciary responsibility to its shareholders to make the biggest profits that it can. And if their top people crunch the numbers and can show that they will save more money by NOT fixing or replacing the part, then that is what they are going to goddamn well do. F*** you, f*** me, and f*** everybody they sent to their deaths. That pretty much sums up their “culture”. They knew they wouldn’t get caught, and if they did, no one would ever serve any time.

Laura Christian, whose 16-year-old daughter died in 2005 when the airbag in her Chevy Cobalt failed to deploy, said, “If a person kills someone because he decided to drive drunk, he will go to jail. Yet the GM employees who caused 124 deaths are able to hide behind a corporation because our laws are insufficient.”