The Syrian Kurds are seen as IS’ most formidable enemy. Now that Russia has joined the Syrian war, its competing with the US for the Kurds’ attention. 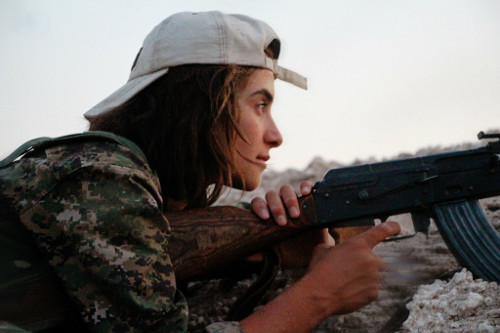 Last week, the US announced it had dropped 50 tons of ammunition to rebel groups in northern Syria. Despite its public announcements proclaiming the contrary, most, if not all, of the ammunition ended up in the hands of the Syrian Kurds fighting under the banner of the Peoples’ Protection Forces, or YPG.

Sensitive about the negative disposition of the Free Syrian Army and their Turkish allies towards the Syrian Kurds, the US declared loud and clear that the support was intended for a number of Arab rebel groups in the Raqqa province who had organized themselves under the umbrella of the newly established Syrian Democratic Forces.

Regardless of the public discourse, there is little doubt that the US intended for the ammunition to end up in Kurdish hands from the start. END_OF_DOCUMENT_TOKEN_TO_BE_REPLACED

A complex political triangulation links the Turkish president with the Syrian imbroglio and the Kurdish question, but his political target is receding.

By Sinan Ekim. Published May 9, 2015 at openDemocracy 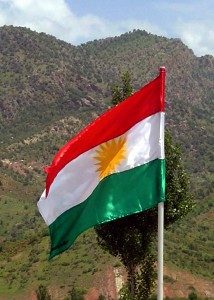 Until a year ago, it seemed as if some sort of reconciliation between the Turkish state and its Kurds would be feasible. With the launch of the ‘Kurdish opening’ in 2009, the leadership in Ankara was re-engaging the Kurdish population after decades of estrangement. The announcement of the ‘peace dialogue’ between the government and Abdullah Öcalan, the imprisoned leader of the Kurdistan People’s Party (PKK), as well as the ‘reform package’ introduced by the then prime minister, Recep Tayyip Erdoğan, confirmed in the eyes of many the executive’s genuine interest in reconnecting with its Kurdish community.

Since the rise of Islamic State (IS) in Syria and Iraq in the summer of 2014, however, optimism has been in shorter supply. To be sure, the peace process is still moving along, albeit at a much slower pace than desired. Yet Erdoğan’s reluctance to come on board the military coalition against IS at Kobane, Operation Suleiman Shah (see below) and a series of domestic incidents since January 2015 have raised suspicions over whether Ankara is still intent on pushing the negotiations forward. END_OF_DOCUMENT_TOKEN_TO_BE_REPLACED