Inequality in the U.S. has dramatically increased since the 1970s, under both liberal and conservative administrations in Washington. And the kind of policy Ocasio-Cortez is proposing will be impossible to pass with the polarized politics in Washington D.C. END_OF_DOCUMENT_TOKEN_TO_BE_REPLACED

Right to work laws are “a sledgehammer that dilutes worker organization and bargaining, paving the way for lower wages and a host of labor violations” 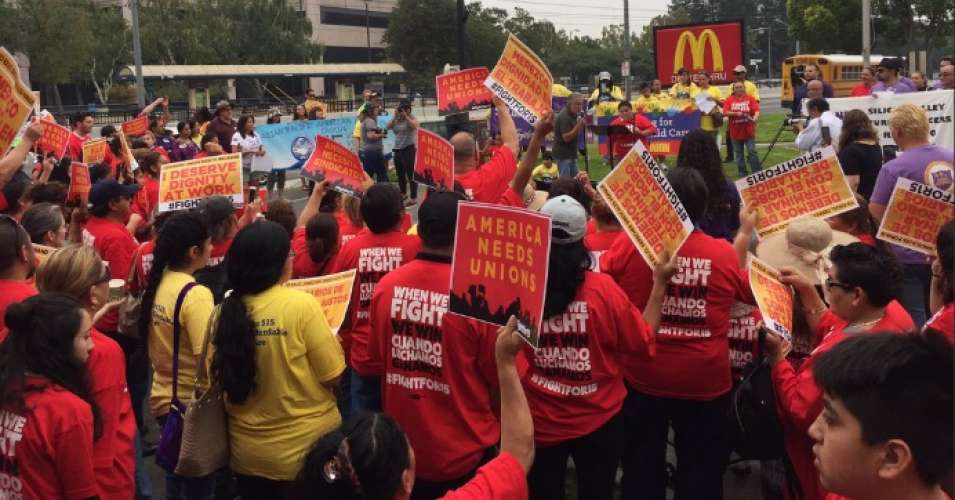 “A total of 28 states, including three this year, have passed right-to-work legislation,” writes Christine Owens, executive director of the National Employment Law Project. (Photo: Together We Will SJ‏/Twitter)

Canada has demanded that the United States eliminate anti-union “right-to-work” laws as part of ongoing NAFTA negotiations, the Canadian Globe and Mail reported.

One group of negotiators spent all day Sunday working on the labor file,” The Globe and Mail noted. “One source familiar with the discussions said Canada wants the United States to pass a federal law stopping state governments from enacting right-to-work legislation; the source said the United States has not agreed to such a request.”

In addition, Canadian negotiators are reportedly pressuring both the United States and Mexico “to offer a year of paid family leave, as Canada does.” END_OF_DOCUMENT_TOKEN_TO_BE_REPLACED 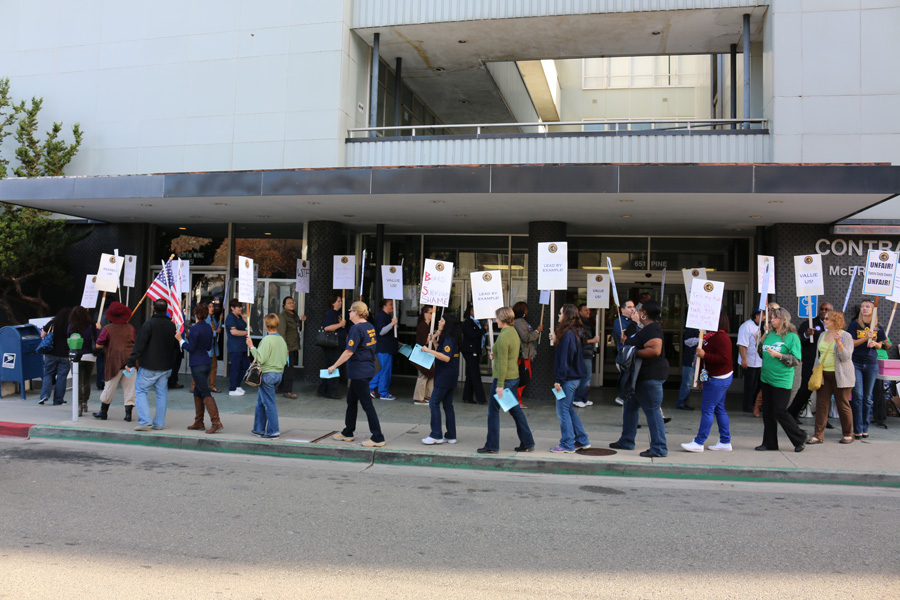 Workers across the United States are bracing for a major Supreme Court case, set for argument on Monday, that could strike a devastating blow to public sector unions nationwide.