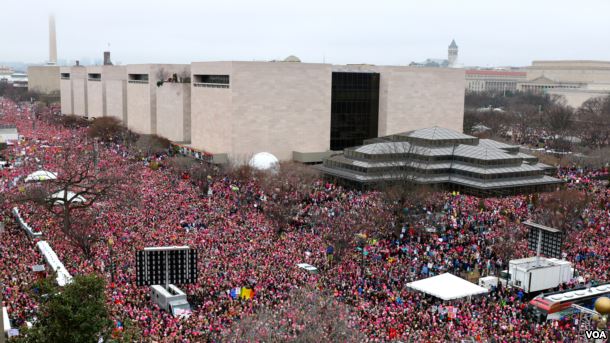 NOTE FROM THE INDIVISIBLE TEAM

Since this guide went live as a Google Doc, we’ve received an overwhelming flood of messages from people all over the country working to resist the Trump agenda. We’re thrilled and humbled by the energy and passion of this growing movement. We’ll be updating the guide based on your feedback and making it interactive ASAP. You can sign up for updates at www.IndivisibleGuide.com.

Every single person who worked on this guide and website is a volunteer. We’re doing this in our free time without coordination or support from our employers. Our only goal is to help the real leaders on the ground who are resisting Trump’s agenda on their home turf. We hope you will take this document and use it however you see fit. END_OF_DOCUMENT_TOKEN_TO_BE_REPLACED

I spend a lot of time on Facebook on any given day. It’s a way to stay in touch with friends of mine who live across the country and overseas, and also to keep a finger on the pulse of what people are talking about. One page I check on a regular basis is Ted Cruz’s official page. 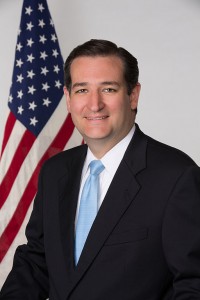 This isn’t due to any admiration I have for Teddy or his policies, mind you; it’s because I feel he might be the most dangerous man in American politics today. He’s smart, he’s charismatic, and he’s also a raving psychopath who has lots of minions who swallow whole the lies and half truths he spouts on a daily basis. Teddy, his father and the Dominionist philosophy they ascribe to will be the subject of a future post; today, I’ll talk about his Facebook fans and their views.

On Friday, Teddy posted on his page an article where he had been quoted on the recent attacks in Canada. While I’m used to the vitriol shown by Teddy’s supporters towards anybody to the left of Genghis Khan, the bile and hate aimed at people in our country who share nothing with the people committing these acts other than their claimed religion was shocking, to say the least. Some examples (unedited):

“It’s not fear mongering to know the FACTS. Quran IDEOLOGY is a curse to freedom & humanity. It should be outlawed in free society. No such thing as moderate Muslim. They all follow the SAME Quran. They are here under the guise of religious freedom to spread Sharia law. This is NOT a religion. It’s an IDEOLOGY similar to NAZISM & FASCISM. Look at U.K., France, Germany for just some examples of how they spread. BAN this in AMERICA.”

“I think it is time to round up the Muslims for detention and questioning, no matter who they are, even if they are doctors.”

“Islam is not a religion, it is a political totalitarian system that can be distinguished from Nazism only by the fact that it followers claim God is on their side. That claim does not make their beliefs a religious belief.”

Now, you have to realize that these people are the first to scream about religious intolerance and their Constitutional right to freedom of religion under the First Amendment. They claim “religious beliefs” to justify such things as discriminating against gay people or denying women contraceptive coverage in the insurance policies they offer to their employees. They’re constantly foaming at the mouth over a perceived “war on Christianity.” Yet, they fail to see that they’re being just as intolerant of others as they claim Islam is. I, like others who I know, refer to them as the Tealiban.

So it is said that if you know your enemies and know yourself, you can win a hundred battles without a single loss.
If you only know yourself, but not your opponent, you may win or may lose.
If you know neither yourself nor your enemy, you will always endanger yourself. – Sun Tzu

The similarities between the Daesh and the Tealiban are striking. Some examples: 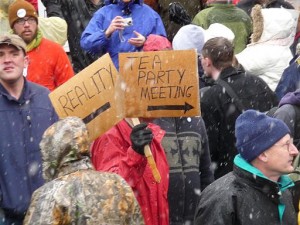 Of course, the Tealiban claim to be patriotic, when instead it’s obvious by their actions that they’re anything but. They’re rabid nationalists who want to “take America back.” I wonder where they want to take it back to; I’m thinking the 1800s, when slavery was legal and only white, male property owners could vote – but, I digress.

Where have we seen this before? A nation recovering from an economic meltdown, with a small but very vocal segment of the population who are virulently nationalistic? Who are anti-intellectual at heart? Who claim that all members of a different religion are inherently evil? Who long for a return to the “grand old days” of empire?

It’s up to us to stop the insanity. The elections are a week away; go out and spread the word. It’s time to stop the neofascists on the far right who are masquerading as “Christians” from gaining any more traction in our local, state and federal governments.

Vote as if your country depends on it – because it does.